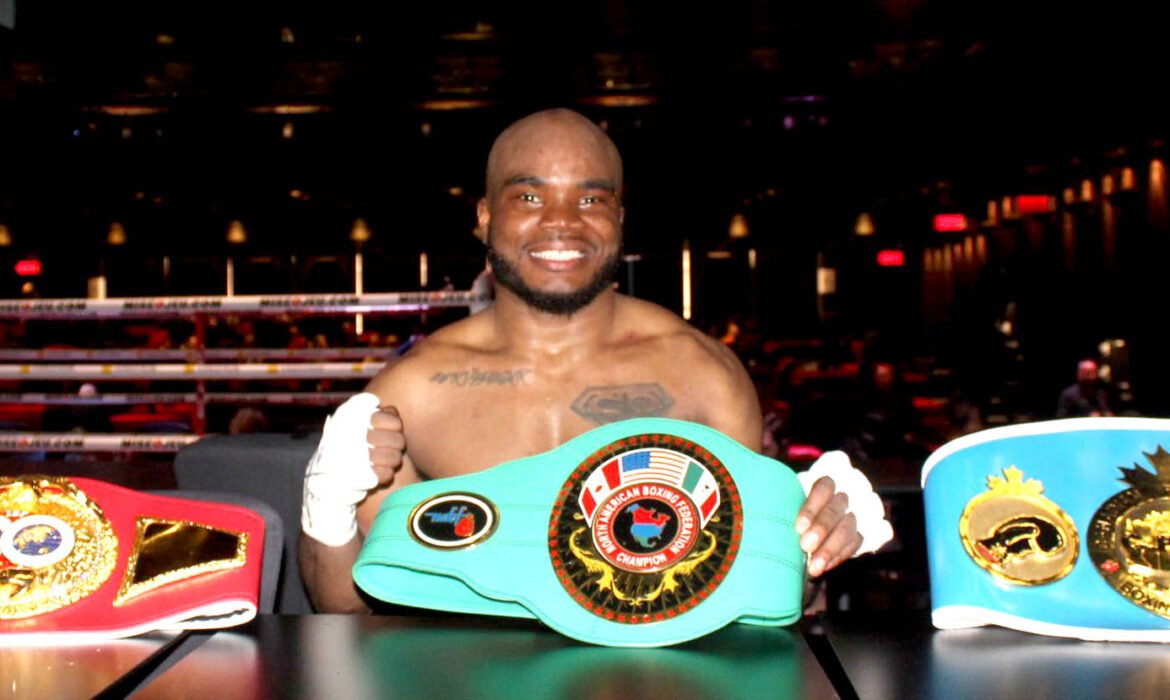 Shakeel The Jamaican Juggernaut Phinn wanted this bout really badly as a stepping-stone to the glory days ahead.
So true to form, he trained hard remained focused and then went into the ring at Casino de Montreal on the evening of June 8, and “took care of business” against a tough opponent, Elio German Rafael of Mexico.
But Phinn (21-2-1, 15 KOs) had to work for this one and needed 10 rounds to score a technical knockout over Rafael (15-3-0, 9 KOs).
With that win, he takes home NABF and IBF North American Super-middleweight belts, to add to the Canadian championship belt he already holds.
All of it comes as he keeps his eyes set on the ultimate prize, a world title.
“Right now I’m just enjoying the win and next week I’ll sit down with my team and talk about what the plan is for the future,” Phinn told The CONTACT “I think in two or three more fights I’ll be ready for the guys at the very top of my division. I’ve only been boxing for 8 years total amateur and pro! So I’m in no rush I still have room to grow and sharpen my skills.”
Last December, Phinn fought Dario Bredicean in majority draw for the IBF belt.