Advertise with Us
Home Opinions The lingering Mystery of the P.K. Subban Trade

The lingering Mystery of the P.K. Subban Trade 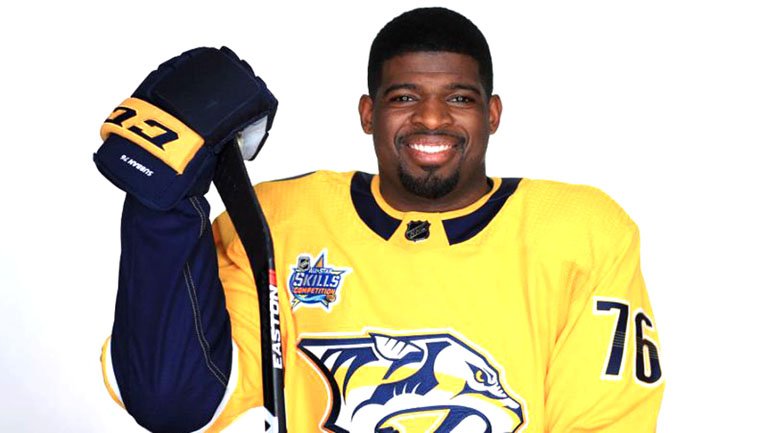 Race and fair play are the issues

On Saturday, November 18, 2017, after an interview with former Montreal Canadien hockey star P.K. Subban, Mr. Brendan Kelly wrote in a Montreal Gazette article entitled, “Reflections of P.K. Subban.”
It was a front-page story, carried over to pages 14 and 15. [I still have a copy of the newspaper, as I truly wanted to comment on the article.]
Some time has passed since then, but it seems like the reason why I did not respond sooner, was maybe because I might have fallen under the hypnosis of silence, which seemed to overcome all, preventing anyone from even speculating on why P.K. was traded by the Montreal Canadiens.
Mr. Kelly wrote, “It’s one thing to trade a star defenseman for a top forward, if management feels the team needs help on offense. More difficult to understand is why a team would swap one all-star defenseman for another. So, was it really a hockey trade … or something more behind it?”
Mr. Kelly did not provide what could be possible reasons, choosing instead to leave his readers to do the speculating…
For his part, P.K emphatically states that he never got an explanation as to why he was traded. He obviously will speculate, but it might not be in his best interest to do so publicly. P. K.’s father, though, baffled and disappointed, decided to avoid speculation and look on the positive side, of course; by doing so… not blaming anyone ensures his action does not come back to haunt his son someday.
Mr. Kelly went on to state that media commentators suggested Subban was let go because of office issues – that he was not liked by management and some of his teammates, and that he put himself first and the team second. But my question is, why anyone would want to harness a star player, to become mediocre like most others, when the player by his contribution to the team is enhancing, not diminishing, it. Why do you want to cut him down to your size, to be like most others?
But this management dislike, Mr. Bergevin has refuted. And he went on to say that, “Yes, P.K.’s different, we’re not going to hide that, but there is never an issue, never a problem.”
Yes, Mr. Bergevin, you hit it right on… P.K.’s different; he is Black and is an unusually and exceptionally good hockey player. And that, maybe, is part of the problem. If not, then what is it, Mr. Bergevin
Not Afraid to Speculate
I, as a Black man, do not have the answer or answers to the reason why P.K. was let go. But I am not afraid to speculate. Could the reason be racism, plain and simple? If not racism then is the reason worse? Why is there this concerted silence and secrecy? Yes, racism is a dirty word and often when it is the cause of some negative behaviors, it is denied forcefully, or given a ‘no comment’.
A common form of racism, which can easily be denied, is that most white people do not like to see a Black person or other minority in a position equal or above that of their own. The charge is readily denied, as it is hard to prove; furthermore, this type of racism may be at the subconscious level, thus very easy to refute or even to be laughed at.
P.K.’s extraverted personality is often backed up by his performance-skill with grace and humility. It is not like the Mohammed Ali-style, where he openly challenged, and bragged: “I am the greatest.” This, coming from a Black boxer, whipping everyone, often only served to earn others wish for his demise. Fights he won at times served as disappointment to many whites and even to some Blacks. But Ali’s style was not P.K.’s.
Far Ahead of His Time
But P.K. might have been far ahead of his time. His commitment to raise $10 million for The Montreal Children’s Hospital was a grand humane gesture. This was too big a step and totally out of line. Raising $10 million for a black cause would not, I assume, have ruffled white feathers, but by doing this he stepped on white toes… Maybe he should have stayed in his black lane and not cross over the line.
So where am I coming from, you ask? Simple, my own son, under 10-years-old, an above average hockey player, the leading scorer, the best player, able to rally his teammates, had tremendous difficulty getting elected as team captain. When he finally became the captain and lead the team to the final and won there were some parents who asked who will go up to receive the trophy? Is not this the duty of the team captain?
Playing school hockey, again, he was the highest scorer, the best player and a great leader. When the graduating captain completed his term, he literally passed the mantle of captaincy to my son, with cheers from his team. This gesture scared the sports administration and suddenly, instead of an elected captain and vice-captain, there was a rule change from election to appointment process, and my son was out. A threat to go to the media helped to reverse the decision and my son was consequently made captain as his team originally wanted. My son is Black and P.K. is also Black.
The sad thing about all the secrecy as to why P.K. Subban was traded is simply this: “If it walks like a duck, quacks like a duck, and swims like a duck…” then it is possible that it could be a duck.
Why would one be afraid to talk about one glaring possibility? A possibility is not a fact, but could become one.
Mark you, this has nothing to do with P.K. Subban. It is a teaching lesson for Blacks and Whites alike as to the serious challenges we still face understanding the forms and impacts of systemic racism, prejudice and discrimination.