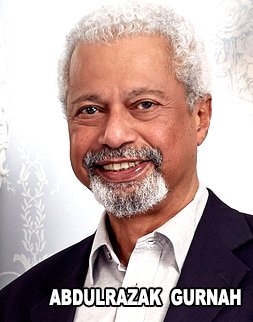 The Nobel Prize in Literature was awarded on Thursday October 7, to Abdulrazak Gurnah for “his uncompromising and compassionate penetration of the effects of colonialism and the fate of the refugee in the gulf between cultures and continents.”
Gurnah joins the ranks of such illustrious past winners as Toni Morrison, Kazuo Ishiguro, and Wole Soyinka.
The Swedish Academy in a statement said, “Gurnah’s dedication to truth and his aversion to simplification are striking,” the academy said. “His novels recoil from stereotypical descriptions and open our gaze to a culturally diversified East Africa unfamiliar to many in other parts of the world.”
Gurnah, who recently retired as a professor of post-colonial literature at the University of Kent, in southeast England, got the call from the academy in the kitchen of his home.
“I’m absolutely excited,” he is quoted as saying, “I just heard the news myself.”
“I dedicate this Nobel Prize to Africa and Africans and to all my readers. Thanks!” Gurnah tweeted after the announcement.
Born in 1948 on the island of Zanzibar, now part of Tanzania, Gurnah moved to Britain as a teenage refugee in 1968, fleeing a repressive regime that persecuted the Arab Muslim community to which he belonged. He has said he “stumbled into” writing after arriving in England as a way of exploring both the loss and liberation of the immigrant experience.
He is the author of 10 novels, including “Memory of Departure,” “Pilgrims Way,” “Paradise” — which was short-listed for the Booker Prize in 1994 — “By the Sea” and “Desertion.” The academy said Gurnah’s 2020 book, “Afterlives,” was marked by the same intellectual passion he showed when he began writing as a 21-year-old. 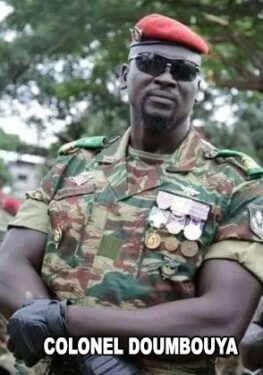 The new transitional president in the Republic of Guinea, Colonel Mamady Doumbouya, appointed Mohamed Béavogui, a former civil servant and expert in agricultural finance, as prime minister to preside over a promised transition back to democratic rule on Wednesday, October 6.
Colonel Doumbouya, commander of the special forces who masterminded the coup that overthrew former President Alpha Conde kept his promise to appoint a civilian prime minister. Beavogui is also the nephew of Diallo Telli, a celebrated Guinean diplomat who served as the first secretary-general of the Organisation of African Unity, the predecessor to the African Union, and was killed by the government of military ruler Sekou Touré in 1977.
West and Central Africa has seen several coups since last year two in Mali and one in Chad. Political unrest has intensified concerns about a slide towards military rule in the resource-rich region.
The deposed leader, Alpha Conde is being held at an undisclosed location and may not be allowed to go into exile by the military government. Conde was ousted due to mounting aggravations over poverty and mismanagement of resources. He (Conde), also was serving a third term only after altering the constitution to permit it.
Fears that the political crisis would hinder Guinea’s production of bauxite, a mineral used to make aluminum, have eased. The country’s largest foreign operators say they have continued work without interruption.
The military government said it would return power to civilians after elections at the end of a transition period. During this transitional period, they said they want to carry out a “refoundation of the state”, draft a new Constitution, fight corruption, reform the electoral system and organize elections. But it has still not set the duration of this transition or specified the political content of its plans.