Study Shows Our youth are over-profiled and stressed out 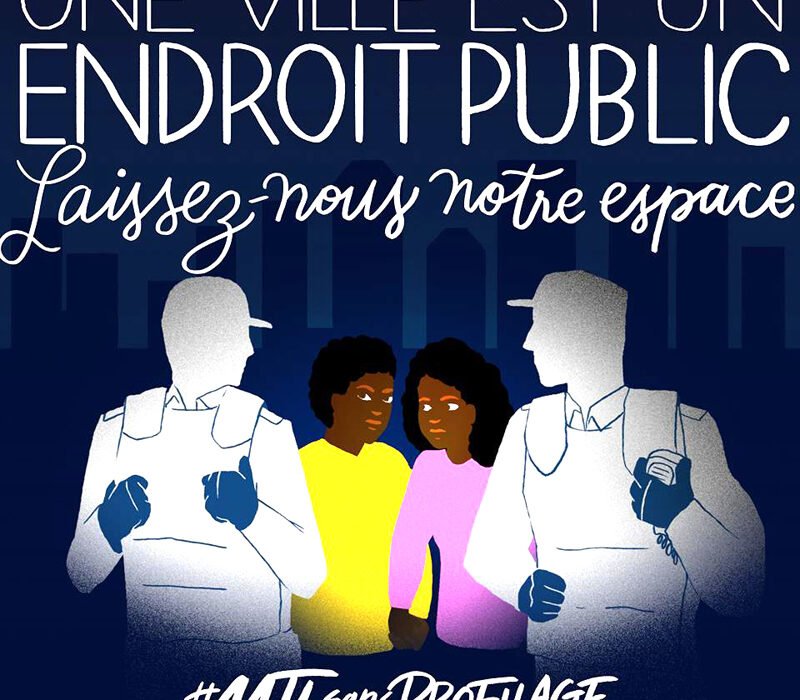 With the release of a new research report on racial profiling in policing in Montreal, comes a bold call for the Montreal police department to apologize to the Black community for the harm that it has done to the community.
“What this study has revealed to us is that racial profiling is profoundly detrimental to the mental health of the Blacks and (other racialized) youth and it impacts on their ability to strive and get to their potential as well as on their racial identity,” so says Dr. Anne-Marie Livingstone, who was one of the leaders of the report titled #MtlSansProfilage. “If for no other reason they should apologize to the community for the trauma they heaped on our youth.”
Livingstone, a postdoctoral fellow at Harvard University, collaborated with Ted Ruthland, a Geography professor at Concordia University, to conduct what they describe as a “qualitative study on racial profiling in policing in Montreal.”
Much of the research was done in St. Michel, a diverse neighborhood that’s home to a large population of Black families. Conducted over a three-year period, researchers interviewed 48 young men between the ages of 15 and 28, Blacks and Latinos, on their interactions with the police.
And the report provides credible evidence of a reality that’s well known to almost every Black and racialized person in the Montreal area: that racial profiling is widespread among police officers in the execution of their day to day duties.
And in this particular instance and neighborhood, Black and Latino young men were overwhelmingly targeted and victimized.
According to Livingstone, racial profiling stems “police biases” against these young people as well as from some of the organizational policies of the department such as the Fight Against Street Gangs, which was instituted about six years ago and regulation of acts of  “incivilities,” a type of “broken-glass” policy that allows police to target young people for minor offences such as spitting or riding on sidewalks.
And the report offers four recommendations to attempt to stem incidents of profiling:
•    requiring the SPVM to make race-based data publicly available
•    creating an independent police watchdog to analyze police data, produce reports, and conduct public consultations
•    eliminating all law enforcement policies and programs that unduly target racial minority youth, including the war on street gangs and the penalties for harmless incivilities (i.e., hanging out in groups in public spaces) and
•    reducing the personnel and budget of the Poste de Quartier for Saint-Michel (Poste 30) by 20 percent, and transferring those resources towards community-based programs for young people and families in the neighborhood.
On the question of street gangs, Livingstone is adamant that that there was absolutely no foundation for the unnecessary and so-called fight against it.
“I think that policy should be repealed immediately because it’s political and it’s basically an attempt to legitimize the actions of the police,” she told The CONTACT in a telephone interview.
Livingstone, daughter of former professional footballer and educator Ivan Livingstone, spent her teenage years in the Little Burgundy area, and brings a powerful voice to the conversation on racial profiling.
In securing her Ph.D. from Johns Hopkins University, she conducted extensive research on the impact of racial inequality and public policies on Black Canadians. Her work also took an in-depth look at the way Ontario and Quebec formulate policies “to manage crises of urban unrest, and the ways by which these policies reproduce or disrupt racial constructs and racial inequality.”
She says she’s looking to another phase of the racial profiling project in which she can collaborate with the SPVM and groups in the area to change the circumstances of marginalized youth in the neighborhood.
However, it’s contingent on the police making public the data on their interactions with those youth.