Stars of Gospel music on stage to give God the Glory 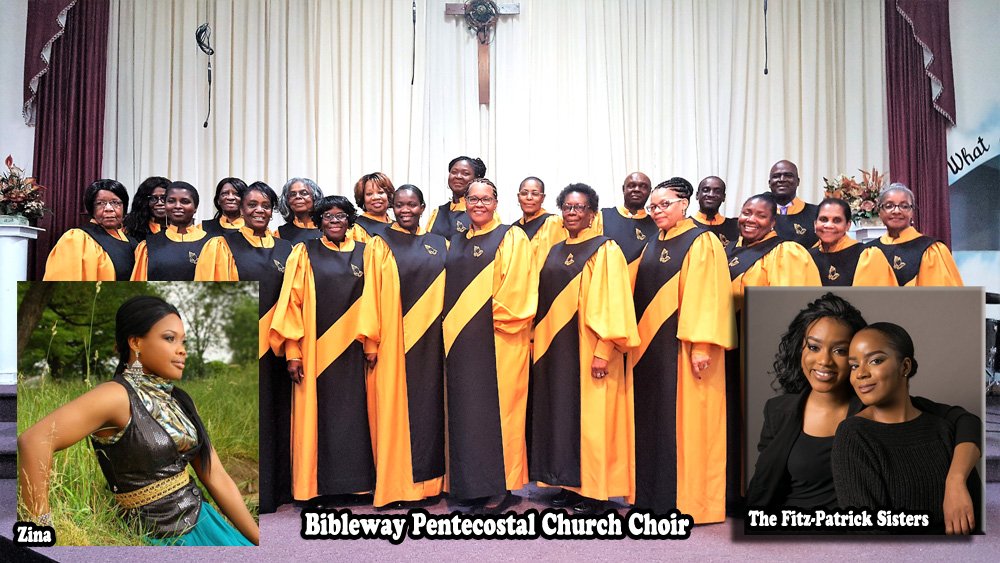 The building stands majestically at 2390 Coursol Street in St. Henri, or Little Burgundy.
For 50 years or more it has been housing the bustling congregation of Bibleway Pentecostal Church, an institution founded by a stalwart Montrealer, St. Clair Knights, as a place where women, many new to the city from the Caribbean, and other people of faith, could worship.
Over the decades, the congregation grew into a spiritual force, providing many families with solace and comfort in times of need.
Today, as in many other churches the congregation has dwindled, but they continue to maintain a home in the building, which itself has grown into a state of disrepair.
Ever resilient, Bibleway’s congregation has committed themselves to do all they can to salvage and hold on to the historic building. Their most immediate task is to repair the roof.
As part of that effort, one of its most senior members, Clarence Jones, a musician of note, is organizing the first major fundraising concert on November 18, and is inviting all Montrealers to share in what is expected to be an exceptional evening of inspirational music headlined by the Bibleway Pentecostal Church Choir, which has been a mainstay of the church from its inception.
The event is themed, “Give God The Glory.”
And because music has been intricately woven into the fabric of the institution, Bibleway has produced more than its share of artistes that have impacted the local gospel circuit, several of whom will also take the stage for this mega event.
Zina Edwards has emerged as one of the most exciting stage performers out the church’s musical ministry. Over the past decade or so that she has been on the circuit, Zina has been to stages around the world thrilling audiences with her engaging musical style and captivating voice, and will be a featured performer on Nov. 18.
So will be a Chosen Few, a group of young musicians who spent their formative years at Bibleway and grew into a much sought-after entity on the local music scene.
Dexter Johnson, another resident and long-serving “Biblewayer” has made it a habit of getting audiences moving with his infectious saxophone music. He too will be bringing his special musical offerings to the show.
In the few years that they burst on the local Gospel scene, Fitz-patrick Sisters have established themselves as one of the premiere groups in the city and seem well on their way to prime time. In the recent past they have shared the stage with some of the biggest names in the industry, including Tasha Cobbs, and theirs will be one of the more anticipated performances for the big concert event.
Two other church choirs, Obrien Church of God Choir and Shiloh Restoration Ministries Choir will also bring their special blessings to the stage.
Give God The Glory: Bibleway Pentecostal Church Fundraising Concert on November 18, at Bibleway Pentecostal Church, 2390 Coursol, St. Henri, featuring performances by Bibleway Pentecostal Church Choir,  Zina, Fitz-patrick Sisters, Dexter Johnston, A Chosen Few, Obrien Church of God Choir and Shiloh Restoration Ministries Choir. For tickets and information call:  514-932-8225.