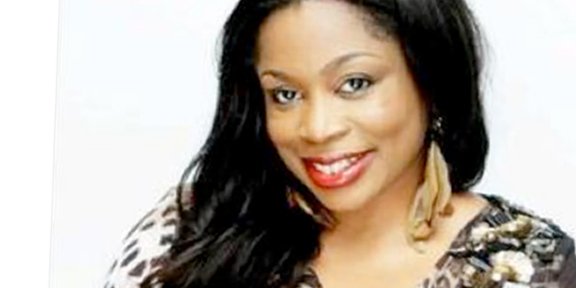 Montreal will receive a very special blessing this autumn, named Osinachi Joseph, popularly known as Sinach. The award winning, international gospel singer-songwriter will be performing her uplifting catalogue of music at MCI Church on November 3rd. This will be her first visit to the city.
Since the release of her first album in 2010, the Nigerian artist has been gaining popularity exponentially. Five albums later, Sinach’s music has made its way into churches and homes around the world. In fact, her songs have been sung by the likes of American gospel powerhouses such as Donnie McClurkin, Maranda Curtis, and Travis Greene.
The worship leader, who serves in Christ Embassy Church, is known for popular songs like ‘I Know Who I Am’, ‘Way Maker’, ‘He Did It Again’, ‘Awesome God’, ‘This is my Season’ and ‘Great are You Lord’, which are part of the 500 songs she has written and composed over the past 25 years. Her anthemic music is inspired by the goodness of God and is filled with positive confessions that deepen one’s faith.
Her latest album is Way Maker (2016), a live album that captures the joyous and worshipful spirit experienced at her concerts.
As part of their ten-year anniversary celebration, The Programme Jeunesse Ici Corp (PJICI) will be showcasing Sinach for a Canadian 4-city tour of Toronto, Ottawa, Winnipeg, and Montreal.
PJICI is a non-profit organization that caters to, and helps new immigrants and refugees gain employment in the province of Manitoba. Its services include combating poverty and fighting crime. Also it initiates projects that focus on community activities that promote youth integration and education.
Alongside Sinach will be dynamic opening acts from Montreal, such as Hervé and Deeper Connection, Samuel Shukrani, Samuel Joseph, and Noma Muzembe. The concert will also feature Suzie Muntu, a gospel artist from Belgium.
It will be a night filled with a wonderful mix of African, Caribbean and contemporary gospel music.
You can purchase your tickets online through Eventbrite.ca.
Regular tickets are $50, $65 for VIP tickets.
Tickets can also be purchased at the concert venue, Mission Chrétienne Interculturelle (MCI) Church, 5685 rue Chauveau, Montreal. As well as  Librairie Chrétienne CLC Canada, 9784 Sherbrooke St. East), Greenz Restaurant, 395 St. Jacques, Lachine, and Marché Colonnade, 4850 René-Émard, Pierrefonds. For more info. call 438-488-1601, 514-703-7052, or 514-238-6375.
Doors open at 6 PM. Come prepared to receive a message of hope, healing, strength, and encouragement on November 3rd.