Simona says “Thank You” in song 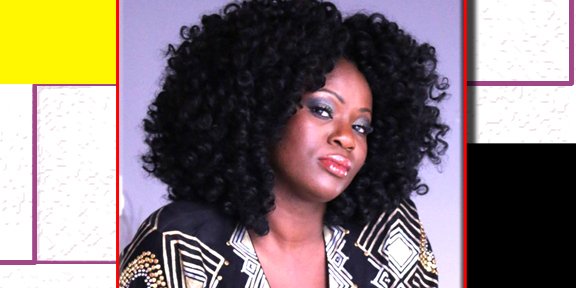 Another enlightened voice on the Gospel scene

Simona McDonald will be the first to tell you that with music and church at the core of her existence for much of her life, she has a lot to be thankful for. And it’s troubling to see so many people still hungry for what she describes as “the presence of God in their lives.”
That’s why she says it’s so important for her to share her multitude of blessings with as many as possible the best way she knows how.
“Music is one of the nicest ways to touch the heart of those seeking fulfillment,” says Simona, a lifelong member of Montreal West Church of God and The Resurrection Centre in Lachine, and an integral part of its music ministry.
So she has made it her lifelong mission to write songs that inspire and engage others.
And after years of honing her skills and nurturing her talents as a performer Simona says she is ready to take it all to the next level.
And music lovers across Montreal should be excited as she prepares to release her first big single, aptly titled: ‘Thank You”, that will become available at all digital outlets on Saturday, April 14.
And because Simona has become such a well-known and engaging personality on the local Gospel circuit, there’s an undercurrent of anticipation for this, her debut single among music lovers in Montreal, which in turn has her bubbling with excitement.
“My hope is for this song to reach and touch as many people as possible,” she says.
She co-wrote the song several years ago in collaboration with Ray Johnston, a local Gospel veteran, but they never had an opportunity to record it.
Simona said she chose it to be her debut single because it spoke to her current situation.
“I look at my life today and realize how good God has been to me and for the many things in my life that I should be thankful for, so I thought this song is appropriate,” she says.
It will be released on all major musical platforms  and although it’s a Gospel song Simona is hoping that it will catch the attention of music lovers where they are in or out of the church.
“The message is what’s important here,” she says. “I realize that people are (yearning) for music that comes with something that speaks to their circumstance.”
Now in her early 30s, the Chateauguay resident is hoping that her debut single ushers in a new day for her musical aspirations. And having performed extensively with two of Montreal’s most acclaimed choirs, The Rock and Danny Eason and Abundant Life, is excited about the prospects of a solo career.
“What’s most important to me is to be free in my music, so that means that I will not be constrained within the walls of the church, nor do I want to be boxed in by any one particular genre.”
“My search is to find a unique sound for myself that will be transparent and honest, and will not only touch those who hear it but stay with them throughout the day.”
She says along the way she has been touched by music from different artistes at different times, such as Elevation Worship as well as Walter Hawkins, and inspired by local gospel icons such as Carol Bernard, Jennifer Meade and Ray Johnston.