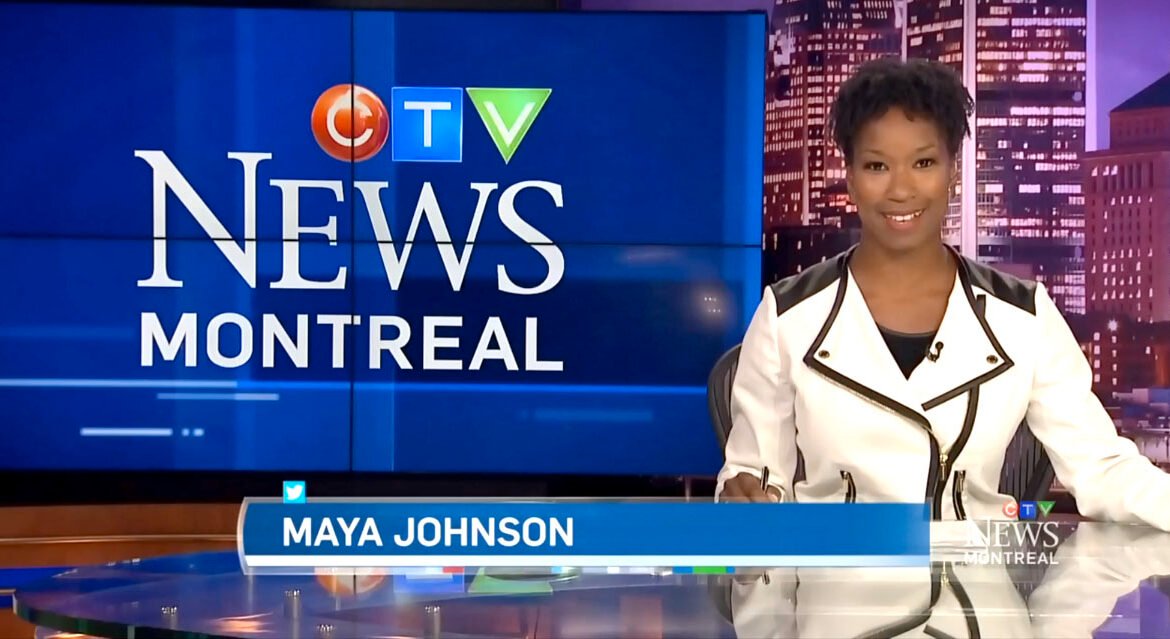 On Friday, May 22, many Montrealers were pleasantly surprised to see Maya Johnson anchoring the 11:30 p.m. newscast at CTV Montreal. More than a few phone calls made the rounds, especially in our community.
It turned out that Johnson was filling in for regular news anchor Paul Karwatsky and will continue to do so regularly throughout the summer, anchoring the late and weekend newscasts.
After ten years at CTV, and moving steadily through the ranks from intern to freelancer, to part time web reporter before finally securing a full-time position as an on-air reporter, Johnson, a graduate of Concordia University School of Journalism, says she values the opportunity to explore another avenue in the television news.
Since she started at the network in 2005, Johnson has shown her capabilities reporting on some of the biggest breaking news stories in recent memory, including the train derailment and explosion in Lac Megantic, the fatal fire at a seniors’ residence in Isle Verte, and the shootings at Parliament Hill in Ottawa – delivering live reports for local and national audiences.
She also covered several significant political milestone events, including the Supreme Court of Canada’s ruling on Loyola High School’s legal battle over Quebec’s mandatory secular religious course last year, and French President Francois Hollande’s meeting with Mayor Denis Coderre at Montreal city hall during his State visit to Canada in November 2014.
Still passionate about journalism, Johnson says she is looking forward to developing her capacity as a news anchor and is excited to see where this path in the television news business will lead.