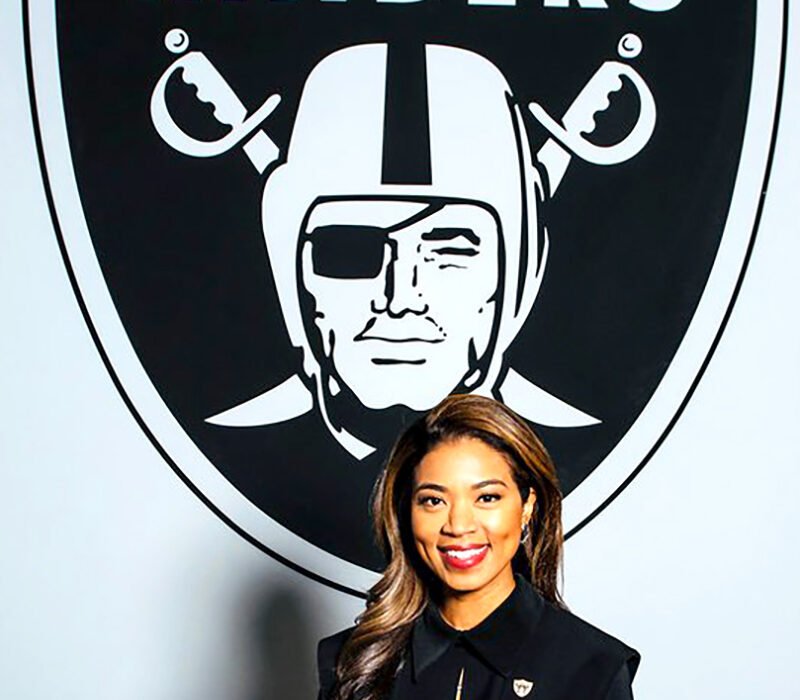 Sandra Douglass Morgan becomes the first Black Woman full-time NFL General Manager.
Hired for the new Las Vegas Raiders (historically known as the Los Angeles or Oakland Raiders) under the title of Team President (GM), Sandra becomes the latest employee in a recent string of diversity-friendly hirings. Over the last years, the NFL has put a few Black women in high management or coaching positions, including Jennifer King (first full-time coach in NFL history) and Collette Smith (first Black female coach in NFL history).
In the middle of last year’s NFL season, Jon Gruden, the previous Team President of the Raiders, resigned in shame after having uncovered Emails using numerous slurs (racial, gender, and anti-gay charged), causing a front-page controversy. The backlash culminated in Gruden leaving his position, effectively destroying his already polarizing reputation within the NFL.
Aside from the Gruden incident, the 2021 Las Vegas Raiders’ season was one of constant dysfunction. Ending the season with a decent record of 10-7, the Raiders’ mild success becomes more impressive considering the controversies.
Henry Ruggs was involved in a deadly car crash while driving drunk (killing another driver and her dog), Damon Arnette was cut from the roster after making death threats, and Nate Hobbs was arrested on charges of DUI.
Sandra Douglass Morgan has the blessing of a career-altering position for a historically rich franchise while carrying the burden of being the first of a kind for a famously dysfunctional team with a loud and demanding fanbase.