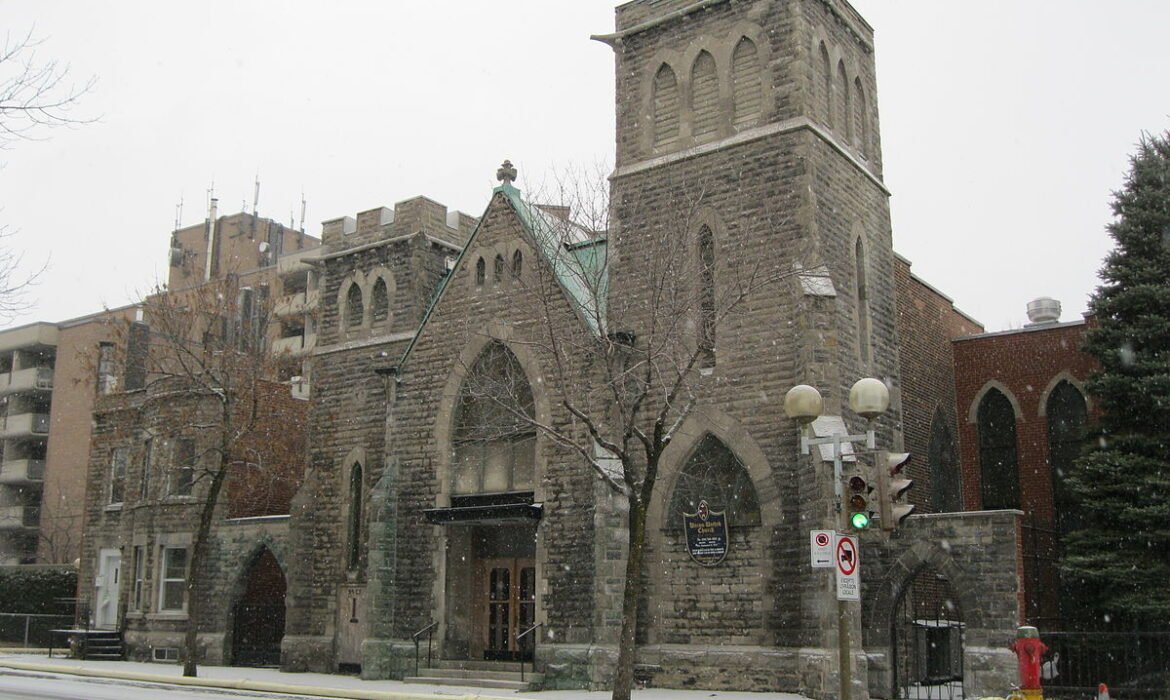 I am blessed that I live in a caring community

Like so many others, the beginning of the pandemic negatively influenced my financial situation. Within a month, one of my fellow parishioners at Union United Church had called me to come and partake of the food-bank, hosted in the basement every Tuesday.

At first it is a little strange having groceries that you did not choose yourself, but at the same time it’s a little like Christmas. In the spring, donors were so plenty, and the bounty offered was so large I couldn’t carry it all home. I am blessed to live in walking distance from my church, and my needs are few, as my only roommates are of the four-legged variety.

The haul would be divided once I arrived back home: anything with peanut butter, and most of the sweets went to my neighbours with whom I share a back balcony.

They are two young women, active and employed, for whom a bag of candy would have a lot less impact.
Next were bags for the homeless people in my ‘hood. I wish I had a nicer word to describe them, as I know them by name and place of origin by now. As summer went on, they were able to set up camp with a tent at the end of the parking lot by metro Place Saint Henri.

They had a barbeque hibachi kind of stove, and even the police and the firemen across the street had informed them that their setup was fine. Once they were able to cook I had a lot more options in food I could pass onto them.
They received all the Boost or Encore type drinks, salty snacks, usually half of the meat, some beans, pasta, and produce I had doubles of, like huge heads of garlic, avocadoes, and lemons.

And the food to replenish my own pantry and fridge gave me an opportunity to participate in a one-woman competition of Chopped! (the Food Network show wherein contestants have to make great meals out of random ingredients) every week.

I have now made recipes I may have thought of before, but never really tried. Sometimes when you get home you group the food on the counter into proposed meal groups to contemplate as you think out your week, and if need be a single specific ingredient or two will get added after a short trip to the dollar store or the grocery store.
Some of the frozen chicken I received from the food-bank were of a higher quality cut than I usually buy. I made both lemon chicken and mango chicken last month.

In late spring I had a superb little steak with potatoes and onions. In the summer there were bags of hamburger patties that I repurposed into a meat loaf also using a can of vegetable alphabet soup.

There was a good long run of smoked meat ends, where I cut the fat ends into cubes to add to a morning fry-up, and invented many stews and sauces using the lean sides. I didn’t take any ground horsemeat, and I enquired of the homeless people if they would eat it, and they said no.

The fresh produce range from apples to zucchini. Among the highlights were bags of baby spinach, green beans, whole melons, and the week I got a large parsnip.

(The young woman I spoke to there when I expressed my joy had thought it was maybe a white carrot?) Parsnip, glazed with oil, and roasted in the oven on high heat, is a sweet taste of heaven.

By far the most memorable ingredients were small cans of thick cream that I received four weeks in a row. It is imported from the Netherlands. This was no evaporated or condensed milk, this was so thick it was almost butter.
What to do, what to do? Butter. Cream. Buttercream! I made a version of this each week, but the best one included a trip to the dollar store for a square lemon pound cake and a can of mandarin oranges.

In a shallow square glass casserole I placed the cake, spread the cream all over, and poured the oranges with the juice over the top. Into the fridge to chill and a refreshing treat anytime with cream so rich you don’t need a big piece, but you might take one anyway.

I am blessed that I live in a caring community. While I am eating alone, I bring the spirit of all the volunteers from the Union United Church Food Bank to every meal. 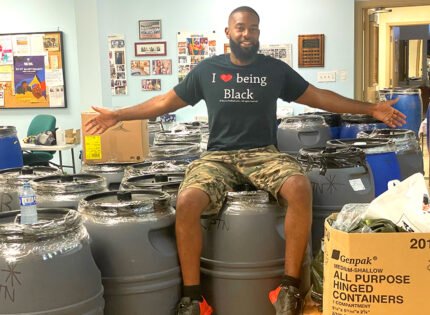