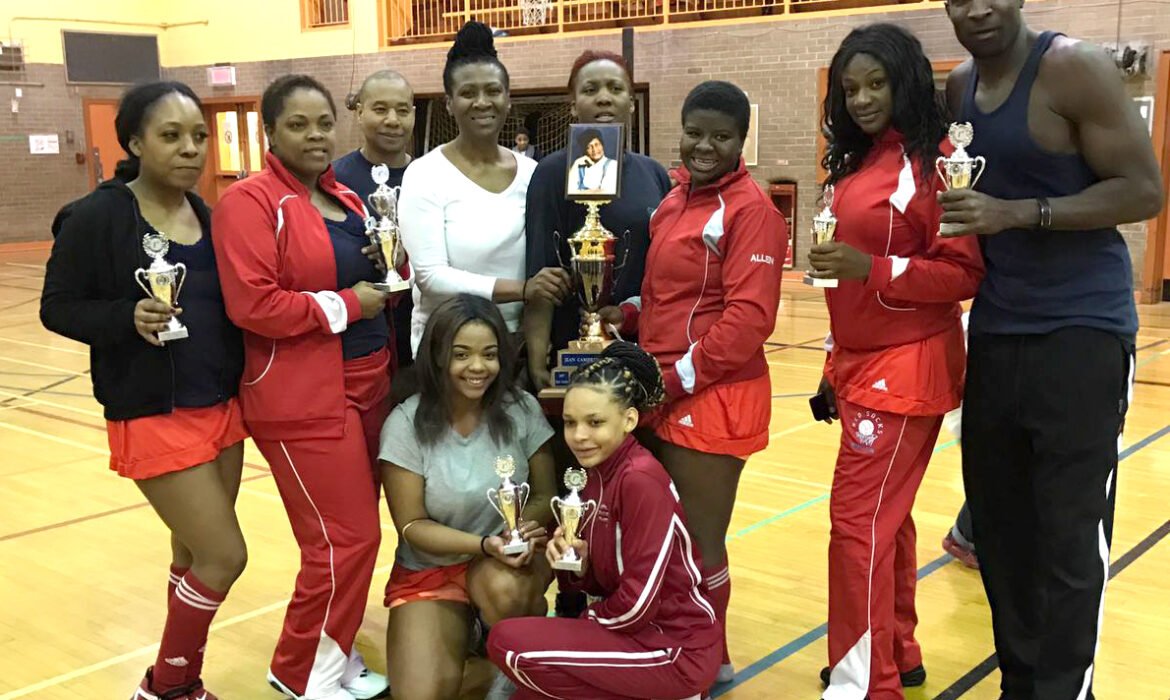 For years the Montreal Red Socks Netball Team has maintained their place as one of the top teams in Quebec. On Sunday, November 20, they again proved their worth by dominating the Jean Cambridge Netball tournament which was staged  at Ecole Lavoie in Cote des Neiges.
The annual tournament is held in memory of one of  founders of  netball in the province who was also  a lifelong member of the Quebec Amateur Netball Federation.
As usual, the Jean Cambridge tournament brought out the best in Quebec netball with  four teams vying  for the championship trophy and for bragging rights.
Red Socks came out on top with 6 points, Antilles and Pioneers tied at 3 points each but Antilles won by goal average and was declared 2nd place and Hairoun placed 4th.
Organizers thank the many Montrealers who turned out to support the teams. And they invite anyone interested in playing netball in Montreal to call (514) 731-6671 or email:  redsocksnetballclub@yahoo.ca