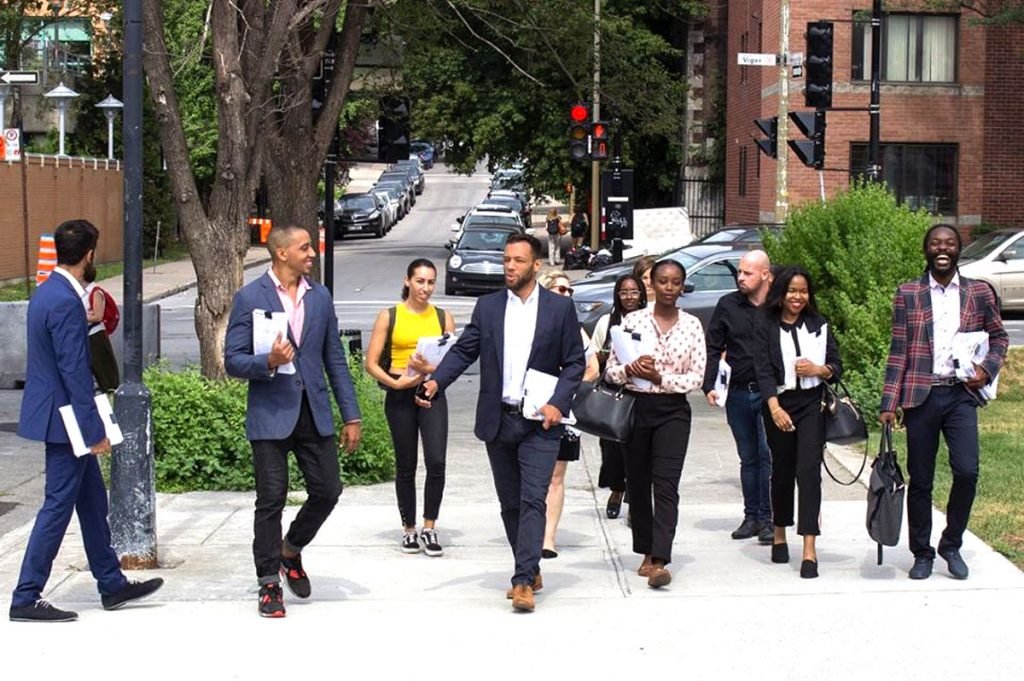 With deep-planted roots in Montreal, the Black community along with the Indigenous people of Canada have been the poster-children for systemic racism and discrimination for centuries in a society that’s built on a foundation of white supremacy.
Issues of racism, institutional and individual, have been part of our lives constantly. Today, interestingly enough, those issues have become part of the conversation in corporate boardrooms and among decision-makers and among politicians far and wide.
In Montreal, Mayor Valerie Plante has been called upon to add her voice to the conversation when on Monday, June 15, she was handed a 258 page report outlining Montreal’s long history of exclusion, marginalization and inequity toward minorities and the damning impact those practices have had on those communities.
The report prepared by Office de consultation publique de Montreal (OCPM), came out of public consultations held between August 2018 and December 2019, following a petition signed by over 20,000 Montrealers calling on the City to have these hearings on systemic racism and discrimination.
The petition was coordinated by Balarama Holness, a former member of the ruling municipal party Project Montreal, and founder of a new political movement, Action Montreal, who together with several other groups and community activists demanded that the City begin the process of recognizing the impact of racism on minorities.
The commission was co-chaired by Maryse Alcindor and Ariane Emond and included commissioners Judy Gold, Habib El-Hage and Jean-François Thuot.
In its identification of systemic racism and discrimination, the commission focused on “the interaction between decisions, attitudes and institutional practices that are tinged with bias and that have prejudicial effects, intended or not, on racialized and Indigenous persons.”
After listening to more than 7,000 participations, both in person and online, commissioners in their report hold the City of Montreal accountable for the lingering state of marginalization of certain groups stating that “…serious historical injustices have led to and have perpetuated the social and economic disadvantages that currently exist among certain segments of the population.”
And they called on the City to act now: “Inequities involving these populations and subsequent generations must cease; it is a question of fundamental rights.”

The report outlined 11 “findings” on issues relating to systemic racism and discrimination facing Montreal minorities, and put forward 38 recommendations, which commissioners hope will initiate “strategic change.”
First and foremost, the report called on the City to acknowledge that there is a problem.
The commission recommends that the City of Montréal publicly recognize, without delay, the systemic nature of racism and discrimination and commit to fight against these phenomena.
As a way of holding the City accountable on these issues, the report called for the creation of the position of Commissioner to Counter Racism and Discrimination.
Many of the other recommendations have been making their way in and out of other reports on these issues over the past decade or so. And they include addressing under-representation of minorities in the city’s workforce especially at the managerial level.
It calls for anti-racism training for all civil servants, especially the police and more effective ways of facilitating complaints against the cops.
The report also demanded that fundamental issues around inadequate housing as they relate to minorities be addressed.
And demanded that the city and its boroughs produce data every three years , Indigenous and white people in such sectors as employment, racial profiling, housing and economic development.
It called for recognition and funding for the arts and cultural activities in minority communities.
As well as the recurring calls for more minority representation in municipal, to address the overwhelming under-representation of visible minorities at City Hall.
Following the release of the report, Mayor Plante immediately acknowledged its findings and committed to implementing some of its recommendations.
At a press conference on the same day, she recognized where it should all begin: “Starting today, at city council, I will propose a statement to recognize the systemic nature of racism and discrimination,”
And started laying out plans to right some of the historic wrongs: “I’m committed to implementing systemic solutions to these systemic problems.”
The mayor also said that he city will appoint a commissioner responsible for the fight against racism and committed to ensuring that more visible minorities found jobs within the city’s workforce and have the chance to move up the ranks.
And she reiterated her commitment to outfitting the Montreal police with body cameras.
The Montreal police department also reacted to the report with a statement in which it acknowledges “the systemic nature of racism and discrimination.”
“We reiterate that all forms of racism and discrimination are prohibited behaviors in police practices and in the administration of our Service.
In response to the report’s first recommendation, the SPVM recognizes the systemic nature of racism and discrimination and we are committed to taking action to combat them.”
Looking forward Mayor Plante talks about a better Montreal as a result of recommendations of the report:
“Where ever Montrealer is entitled to have their dignity respected; where every Montrealer is entitled to equal opportunity and living conditions in their neighborhood and where every Montrealer can feel safe in the public space…
This report provides us with a road map to guide our way that will allow us to forward quickly because there’s no time to lose….
I’m fully committed to implementing systemic changes to these systemic problems.”
However, Holness the man who was the driving force behind getting the City to launch the consultation is not fully convinced.
He says the mayor’s words ring hollow because for three years her administration did nothing on the issue.
He told CBC News “it took a legally binding petition to force the administration to launch the consultation.”