Race and politics will be part of the drama 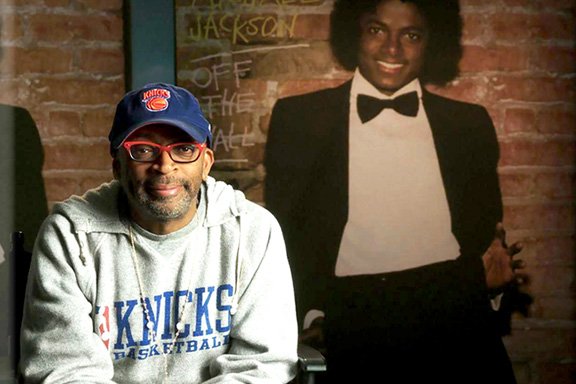 The Montreal International Black Film Festival brings Barack and Michelle Obama,
Maya Angelou and Black Lives Matter to a screen near you. All will be Breathtaking

The way Fabienne Colas sees it, everyone committed to diversity and justice for all is obligated to lend a voice to the cause.
So this year she is using the spotlight of The Montreal International Black Film Festival to focus on issues of race, inequality and the elevation of human rights.
“Today, more than ever, we want to challenge the many inconsistencies, inequalities, and injustices that still claim many victims.
Colas, president of the festival, which she founded in 2005, says in a statement from her on-line press conference: “The fact remains that not everyone has access to opportunities. We cannot pretend everything is okay. Everyone has a part to play if we want things to change.”
At every opportunity she reiterates her objective in establishing the MIBFF, which includes: “fostering the creation of films on international black realities.” Also to offer audiences “a fresh look at black cinema from all four corners of the globe and “give a voice to filmmakers who would otherwise go unheard. ”
To make her point, standing with her this year will be Spike Lee who in his more than three and a half decades of film making have kept race and human rights  central themes in the majority of his 35 or so films so far.
Lee, who earned Oscar nominations for two of his films, Do The Right Thing and Four Little Girls, and won the Academy Honorary Award in 2015, comes back to the MIBFF two years after he received the Precursor Award here.
On Saturday, October 1, he will be at Concordia University Hall Theatre, doing a Q&A following the Canadian premiere of one of his latest films, a documentary: Michael Jackson’s Journey from Motown to Off the Wall.
In it Lee traces the evolution of the man who would be crowned the King of Pop, as he moves from  a child phenom with his brothers in the Jackson Five to being a solo act and one the world’s greatest performers.
The Festival opens on Wednesday, September 28 at the Imperial Cinema with another masterpiece production that touches the life of an African-American icon, Maya Angelou, And Still I Rise, which documents how historical, political and cultural events impacted on the life of the acclaimed writer, poet and artist.
Opening night will also shine the spotlight on the career of Canadian film director Clement Virgo, who holds an impressive resume, including directing the Canadian mini-series The Book of Negroes, which is an adaptation of Lawrence Hill’s seminal book and won in 11 categories of the Canadian Screen Awards.
The Jamaican-born Virgo, who came to Canada when he was 11, was also heralded for his work on several hit television series, including Greenleaf on Ophra Winfrey’s OWN network.
He will receive the 2016 MIBFF Career Excellence Award.
The festival closes on Sunday, October 2, also at Hall Theatre with the film, Black which tells the stories of Mavela and Marwan two rival gang bangers from the suburbs of Brussels, the Black Bronx, who fall in love and become entangled in what has been described as “an intense, forbidden, and dangerous passion.”
Among the other highlight films of the festival is Southside with You, which will be co-presented by Montreal Community CONTACT on September 29 at Cinema du Parc.
The feature film by Richard Tanne chronicles what turned out to be a world-changing first date with Barack Obama, who was to become America’s first Black president, and Michele Obama, the country’s beloved First Lady. (Call Community CONTACT for more information.)
Another must-see documentary feature film of the festival is, Stay Woke: The Black Lives Matter Movement, which turns the camera on those activists, protesters, scholars, journalists and ordinary citizens who bear witness to the evolution of one of the most impactful movements of our time.
This year, MIBFF will carry 40 films from countries around the world, and touch on a range of life issues, but according to Colas each is meant to provoke inspiration and all will be breathtaking.
The films will be shown at various venues around Montreal, including Concordia University, Theatre Hall 1455, boul. de Maisonneuve O., Montréal; Cinéma Impérial: Centre Sandra and Leo Kolber: 1430, rue de Bleury; Old ONF cinema (Judith-Jasmin Annexe): 1564, rue St-Denis; Cinéma du Parc 3575, av. du Parc, and Galerie Mushagalusa 533, rue Ontario E.
See the entire program at http://montrealblackfilm.com or call 514-882-3334 for information.