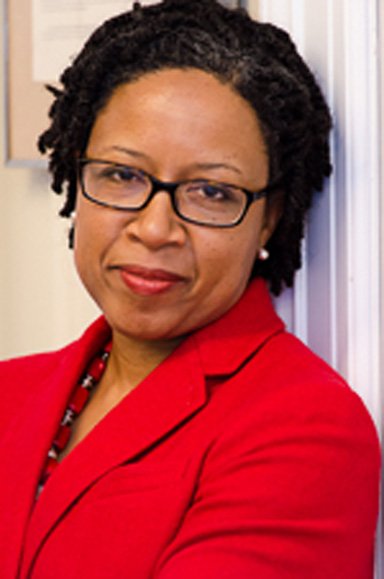 As she continues to break new grounds in her efforts to shine the spotlight on transnational labor law and development, McGill University Law professor Adelle Blackett now has the resources that come with the 2016 Trudeau Fellowship award to take it to another level.
Professor Blackett is one of five Canadian intellectuals to earn the prestigious fellowship awarded by the Pierre Elliott Trudeau Foundation in recognition of “their productivity, their commitment to communicating their findings to the public, and their ability to imagine innovative solutions to some of the major issues facing society.”
And with it comes $225,000 over the next three years, which Professor Blackett pledges to use to focus on what she describes as “the transnational futures of international labor law.”
Adding that she is “quite interested in looking at the working conditions of factory workers around the world, whom she says, “produce many of the garments we wear in Canada.”
Professor Blackett is recognized as an authority in the area of international labor law and social justice, having served as an international expert at the UN’s International Labor Office (ILO) in Geneva and founded the Labor Law and Development Research Laboratory (LLDRL) at McGill University.
Also, she has an extensive list of published material on the issue, including as co-editor of the Research Handbook on Transnational Labor Law and guest editor of the Canadian Journal of Women and the Law, a 2011 publication focusing on Regulating Decent Work for Domestic Workers. And her ‘in progress’ book to be published by Cornell University Press will look at the regulation of domestic work.
So in keeping with that enduring commitment to workers rights and working conditions around the world, Professor Blackett will focus part of her fellowship project on celebrating the international labor organization, which will mark 100 years of service to the cause of social justice in the world of work in 2019. And she hopes to help chart the course into the future of global labor law by directing some of her resources to provide what she calls a “concrete legal mapping (…) of selected circumstances in which we can see this new transnational role.”
She also plans to bring policy-makers and experts in the field from across Canada and around the world to an international symposium here in Montreal and from that pool of resources; her goal is to formulate a set of   “policy recommendations about precisely how the ILO can ensure its viability and its importance into its second century.”
Professor Blackett, who was appointed a William Dawson Scholar at McGill in 2007, maintained exemplary standing as a student at LaSalle High School where she graduated as the Liberal Arts gold medal winner, and at Vanier College, before enrolling at Queen’s University where she completed her B.A. in History. She earned both her civil law and common law degrees from McGill, and an LL.M. and a doctorate in law from Columbia University.
Her spectacular tenure in academia and her work in the arena of international labor and social justice have earned her multiple awards and research grants, including the Bora Laskin National Fellowship in Human Rights Research in 2010; the Christine Tourigny Award of Merit from the Barreau du Québec in 2014; and the Pathfinder Award from the Canadian Association of Black Lawyers, awarded for her “contributions to the legal community and the community at large.”
She says her fellowship from the Pierre Trudeau Foundation comes with special meaning because as a child of immigrant parent from Barbados because Pierre Elliott Trudeau was the first prime minister she remembers observing.
“The message he sent certainly (presented Canada) as an open inclusive society. Openly engaged in the world certainly resonated with me.”