Advertise with Us
Home News Community News POLICE AND BLACKS: ARROGANCE AND ANXIETY

POLICE AND BLACKS: ARROGANCE AND ANXIETY 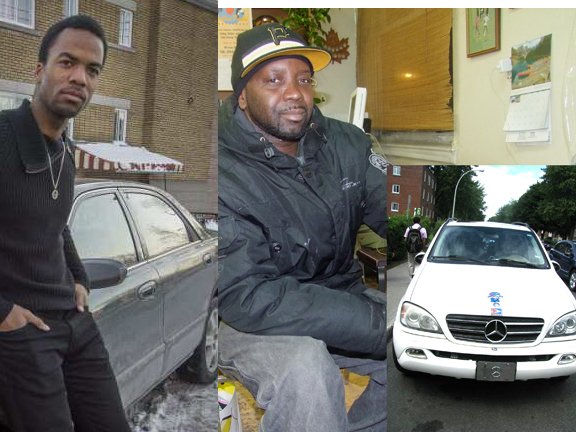 Almost every other week, we hear of instances of anti-Black racism and abuse of authority in confrontations between Blacks and the police.
And as each incident appears to widen the longstanding chasm between the two groups it’s difficult to see how the community can take its place in this society free from fear and from the cloud of lingering suspicion that shrouds its daily existence.
We are where we are today after years of negative interactions and mutual distrust that have always defined the relationship. And there’s no reason to believe that things are going to get better soon, although a lot of lip service has been paid to issues of sensitivity and respect.
In the cliché, “plus ca change…” rings true almost every time there is contact, and the more we hear of the incidents the more tired and frustrating they are for us… Call it victim fatigue.
Early this month, Kenrick McCrea went public with his story when he was manhandled on Westminster Avenue in NDG the evening of Friday, March 3, around 10:30 PM, because he videotaped police officers who had stopped him and lied to him, telling him that the lights on his Mercedes Benz were not working.
This month, we’re hearing about Andrew Denis-Lynch, who was surrounded by six police cruisers just outside the home of his girlfriend in Cote des Neiges on March 18, after a night out to enjoy some ice cream.
Lynch, a long time member of Union United Church, is a 26-year-old acting student from Kirkland. He said he was just doing a little jig to cheer up his girlfriend when a police cruiser pulled up and a female officer approached him and asked if he was drunk.
Before he could answer, she had already called for back up and Lynch and his girlfriend soon found themselves surrounded by six police cruisers and a total of 12 officers, many of them clutching their guns.
Exactly what triggered such an irrational response to what appears to be a harmless situation we’ll never really know, but the young man and his girlfriend’s story is that he got out of the driver’s seat with an ice cream in his hand and was doing a little dance…
After several tense minutes, the couple  said they were issued a $48 ticket for “being a pedestrian and standing on the roadway to deal with the occupant of a vehicle” – after which all the officers got back in their cruisers and sped off.
As they tend to be, there’s no inclination on the police to offer an explanation.
Of course, even without hearing the police side of the story the incident has left many Montrealers shaking their heads in amazement wondering about the tendency of the police to resort to overwhelming force whenever there’s contact with Blacks, especially young Black men.
And it begs the question as to why are police officers so fearful of young Black men? Even more importantly is what can be done to stop them from acting on those irrational fears?
Truth is, bad things happen when people who are armed feel scared of you and as such  Black people have been living here in a state of and uneasiness for a long, long time. Too long.

And it doesn’t matter how many times the incidents are reported in the media and officers are shown to be abusive, neither does it matter how many little legal victories are scored at the human rights commission, the high-handedness and abuse continue, because of the impunity that police have.
Really, they couldn’t care less.
The police know that in a society that has become obsessed with the many falsehoods surrounding “law and order,” more than any other institution, they run things.
And there isn’t anything anyone can do about it, not their immediate bosses at the municipal level nor their big boss at the Public security level in Quebec City.
Not while there’re so many instances of continuing campaigns by politicians and other forces to stoke public anxiety over the deterioration of order.
Sadly, because of historical implications, Blacks, and more so Black youth, fall victim to the many faulty perceptions surrounding crime, criminality and disorder, and on too many occasions end up being over-policed, abused and sometimes killed.
And there’s not much that we as a community can really do about it. We can complain and protest and kick up a storm… and we should.
But because we live in what is still a racist society, there’s never too much empathy coming our way, instead we’re looked upon as a little bit of a problem and not really capable of finding our place in this society.
Are we?