Part of the Summer scene in Montreal 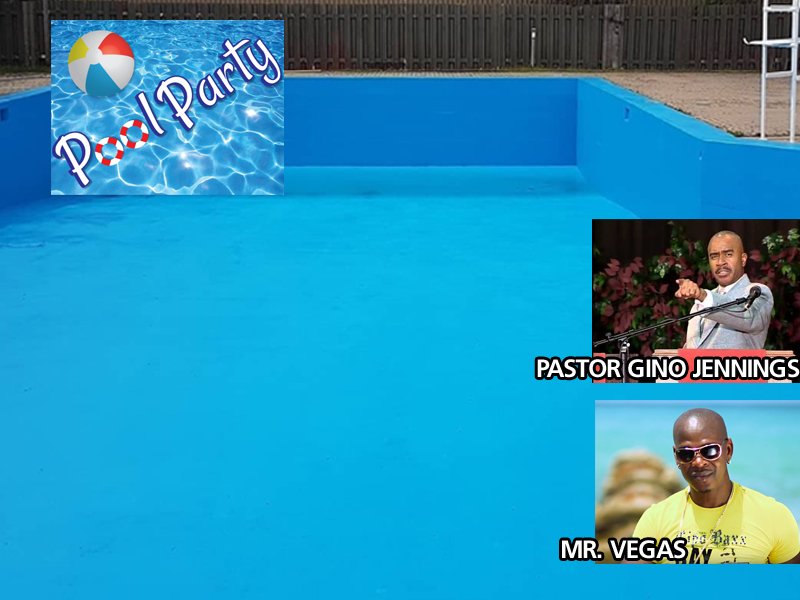 And all I can say is that Montreal is in for a lot of excitement and disappointments this year. Here’s some of the questions being asked:  Is it true that there’s no, Reggae Fest this year?  Is there only one costume band on the road for Montreal Carifiesta? Montreal is having its first Pool Party on June 30, where will it be? Why are there two Cooler events on Carifiesta night?  The Jerk Food Festival is back and featuring Mr. Vegas but didn’t the popular Jamaica artist got kicked out a church in Jamaica?

Here’re some of the answers:

On Tuesday June 5, The Montreal International Reggae Festival posted an official announcement on their Facebook page that the 2018 MIRF is cancelled. The festival has been running for 14 years. So the scheduled 15th anniversary festival will be put on hold until next year, 2019.
The Annual Jerk Food Festival will be held on Saturday, June 23 and Sunday June 24 featuring a handful of international artist including Mr. Vegas.
We all know that International recording artiste Mr. Vegas left the Dancehall scene and turn to Christianity.
Recently A video of Mr. Vegas being  ‘ushered out’ of a church service which Pastor Gino Jennings recently held in Jamaica has been turned into comedy central on social media and by some of the entertainer’s own country men, with the term  ‘usher him out’ being the latest slang on the lips of many.
The pastor and his church openly welcomed Mr. Vegas and Gino Jennings who had booked the date for a debate after the controversial pastor blasted churches that allowed women to wear ankle chains, red lipstick, and fake hair.
Shortly after allowing Mr. Vegas to make his presentation uninterrupted for at least half an hour. When it was the pastor’s turn to make his case, Mr. Vegas was very disruptive; he apparently forgot that he was not in the dancehall scene, at which clashes are allowed. It was very clear that Mr. Vegas went to the church in a combative mode and it is hard to have a meaningful debate when one is in such a mood.
Pool Party! Come experience a different vibe and atmosphere.
Pool floats, beach balls, champagne showers. Sun or Rain the weather can’t stop this event… party goes on… Montreal first Caribbean oriented Pool Party will be held on Saturday June 30, at ‘CDL SPORTIF COTE DE LIESSE ‘ 8305 chemin de la Côte-de-Liesse, St Laurent.
So bring your sexiest bikini, monokini or tankini. Sunglasses and sunscreen would be cool too.
Be free to send your feedback on any of my articles to  Productionsounds@gmail.com or Instagram @ProductionJr
FIND PRODUCTION SOUNDS THESE EVENTS:
INJECTION on June 8, at 2362 Hymus Blvd, Dorval (Suite 55)
ISLAND TWIST  on July 14 at 1234 Mountain St. , Downtown (Club Le cinq)
J’OUVERT ON THE BEACH on June 15 at 727 Trim Rd (Ottawa)
CARIVIBE on June 16 at Downtown Ottawa
ENDLESS SHADES OF SUMMER on June 17, 737 Trim Rd , Orleans
JERK FEST on June 23 & 24 775 1st AVE Lachine
Pool Party on June 30th, from  3pm-10pm at 8305 chemin de la Côte-de-Liesse, St Laurent
ICE BREAKER on June 30th 2018 at 8080 Newman Blvd LaSalle (Caribbean Paradise)
SOLEIL  (Ultimate Outdoor Cooler Experience) at July 1( Address on ticket)
SOCA RAMA 7 KOOLER EDITION on July 7, at 8305 chemin de la Côte-de-liesse, St Laurent
CARIBBEAN LIME IN THE PARK on August 18th 2018 at Angrignon Park (LaSalle)
THE WORLD IS NOT ENOUGH on August 18th at 7401 Newman Blvd, LaSalle (MCSO)
Pool Party Pt 2 on August 25th 2018  Time: 3pm-10pm at 8305 chemin de la Côte-de-Liesse, St Laurent