Advertise with Us
Home News Community News Our stories: Random 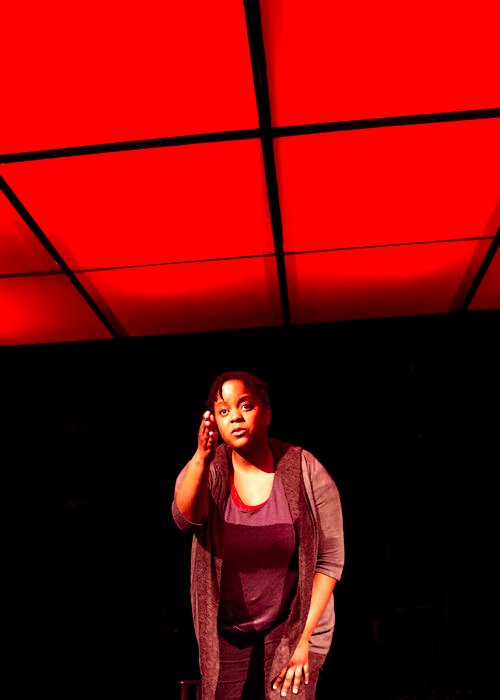 Youth caught in battles that weren’t theirs to fight

the stories of young people killed in the most tragic of ways: caught in battles that weren’t theirs to fight, trapped in a life they never wanted, victims of their own youthful bravado taken too far.
It’s one thing to hear the stories, but it’s another to live through the experience, to know what it feels like to unexpectedly lose someone you love.
Those were the thoughts that drove British playwright Debbie Tucker Green to craft random, a play that explores how losing a family member to senseless violence impacts the people left behind.
The Black Theatre Workshop and Imago Theatre have brought the one-woman play here to Montreal for its Canadian premiere. It runs until April 4.
It was a rash of violence against Black teenagers in London in 2008 that prompted Tucker Green to write and tell the stories she felt were lost in the din – the human stories, those of the grieving parents and heartbroken siblings.
Through a dramatic style inspired by spoken-word, the play aims to force the audience to laugh in moments of levity, feel the family’s pain and contemplate the connection between systemic racism and youth violence in Black and minority communities.
Montreal actress Lucinda Davis, who won the Montreal English Theatre Award for outstanding female actor in the professional category in 2013, portrays a family reeling after the loss of their son and brother. She is tasked with interpreting the different ways the boy’s mother, father and sister cope with the unexpected news.
Davis has television, stage and film credits to her name and has appeared in productions at the Centaur Theatre and Segal Centre.
Director Micheline Chevrier says the combination of the always-current subject matter, complex characters and vivid language that makes the play a must-see.
“[Tucker Green’s] play (as are all her works) is a call to action, raising awareness of the far reaches and long-term impacts of an act of violence,” she said.
Among the accolades Tucker Green has amassed in her career is a British Academy of Film and Television Arts award, which she won for a screen adaptation of random in 2012.
Quincy Armorer, artistic director of Black Theatre Workshop, says the play is a perfect fit for the company on many levels.
“It is a powerful story, told from the female perspective, about current concerns at the heart of the Black community but which resonate within us all. It is also a great vehicle to showcase a talented Black actress, which we have in Lucinda Davis,” he said.
Random runs from March 18th to April 4th at the MAI on 3680 Jeanne Mance St. Tickets are $25 for regular admission, $20 for students/seniors and $17 for groups of 10 or more. To purchase tickets, contact the MAI Box Office at 514-982-3386 or visit www.imagotheatre.ca.