Optimista kicks off with The Black Cop 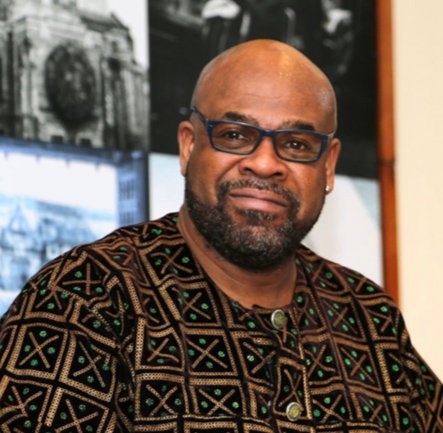 Gamal ‘G’ Turawa will be in Montreal on Oct. 15

Montreal’s Yellow Pad Sessions (YPS), presents OPTIMISTA an ambitious multidisciplinary art project intended to inspire and encourage during uncertain times through a celebration of human spirit. The series takes place over four themed nights spanning late 2022 to early 2023.
Courage, Compassion, Love, and Community are each represented on dedicated evenings of multidisciplinary art, including award-winning and critically-acclaimed films, performers and keynote speakers.
The first instalment, Courage will be showing on October 15 at QUAI 5160- Maison de la Culture Verdun will feature special guest Gamal ‘G’ Turawa who will be flying in from the UK to launch the series with a keynote speech and screening of the award-winning documentary The Black Cop, of which he’s the protagonist and will be showing in October 15.
The evening will feature a screening of two thought-provoking films (the multiple award-winning documentaries The Black Cop and Writing with Fire). There will also be a moving photo exhibition by Agustina Pedrocca, and a heartfelt dance performance by Diana León. T
Black cop follows the life story of ‘G’ who during his time in the Metropolitan Police admitted to racially profiling and harassing black people in the early days of his 26-year career. The first black MET police officer to come out as openly gay, ‘G’ recalls spending his childhood in a small village in Kent in the foster care of a white family before going on to join the MET Police in his early twenties, where he used his position as a “get-out-of-jail free card” from his reality as a black gay man.

“I’m so humbled to have my short film, The Black Cop, chosen to be screened at OPTIMISTA and to have been invited to speak in person. It shows the universality of its message—that we are all in some ways exploring our place in an ever-changing world and that some of those changes are challenging our sense of belonging and/or our identities.”

“I feel privileged to have had global feedback in that the film is giving people permission to have those courageous conversations both with themselves and with others. As such, some are finding deeper levels of compassion that they never realised they had. My hope is that all those who attend OPTIMISTA and see the film are also touched enough to have such conversations. To be a catalyst for such interactions makes me proud not only of the film but also of the fact that I have found a meaning and a purpose for the experiences life has blessed me with.” – Gamal ‘G’ Turawa is quoted as saying
The event will be followed by a cocktail party featuring live DJ sets by the Webbed Feet radio crew with special guest DJ Rafalinio and signature OPTIMISTA cocktails & mocktails