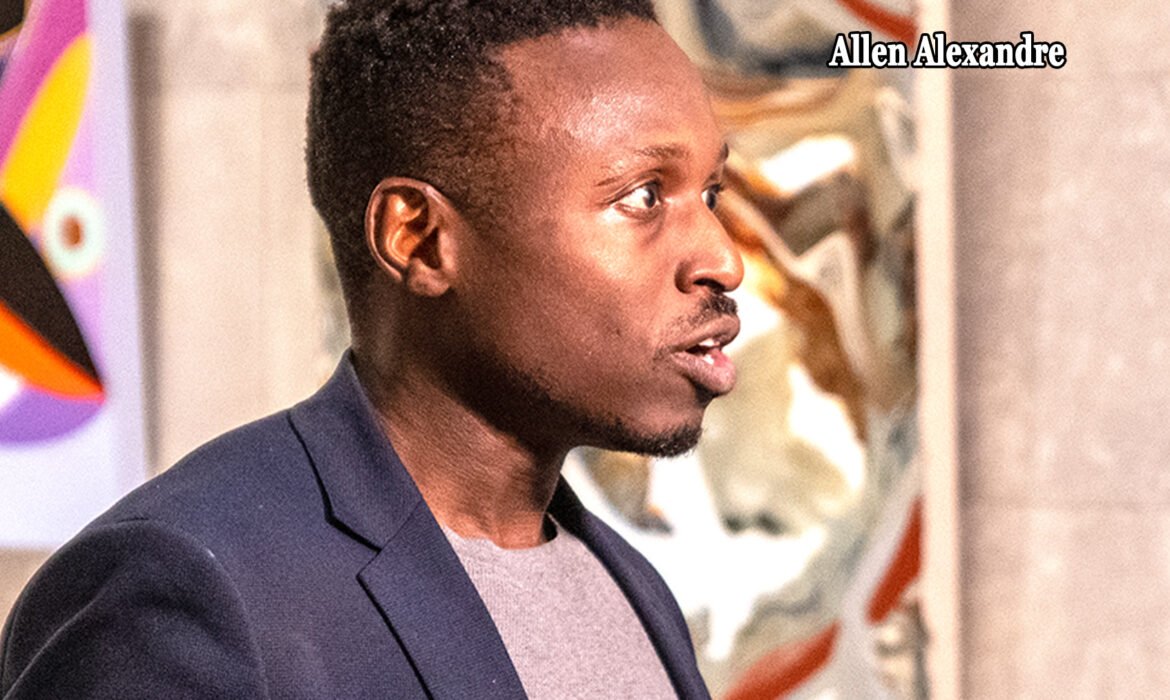 The Oval Room at the Ritz Carlton was filled to capacity on the evening of Thursday, November 10, as a wide and diverse cross-section of Montrealers turned out to pay tribute to Madeleine Féquière a high-achieving corporate manager and indefatigable community contributor.
The event was organized by the Afro-Canadian Cultural Centre of Montreal, which goes by its French acronym (CCAM), an emerging community collective that identifies itself as a “cultural space dedicated to artistic innovation, the preservation and the promotion of the heritage of Black communities in all its forms.”
And it turned out to be an apt celebration of a woman who has earned the respect of her peers and those she mentors, with moving tributes from a line-up of well-placed Montrealers including ex-Liberal leader Dominique Anglade, and Frantz Saintellemy chancellor of Université de Montreal.
Allen Alexandre executive director and founder of the CCAM also delivered a moving tribute to the guest of honor and used the occasion to offer a vision for the future of the Centre.
In a recent interview, he told the CONTACT that he is hopeful that CCAM will serve as a bridge between the French and English sectors of our community, while eventually achieving its ultimate objective of acquiring a cultural centre for Blacks in the Montreal area.

“We all agree that our cultural identity is being neglected and our heritage is not promoted and preserved so the Centre is meant to be a cultural space for Black to authentically express themselves,”

As the driving force behind the Centre, Alexandre brings a wealth of organizational skills and political heft to the project.
He is a former senior political advisor and director of parliamentary affairs to the Minister of Diversity and Inclusion and Youth.
Allen was also a senior advisor to the minister of Small Business and Export Promotion and International Trade, serving as press secretary and lead several initiatives on the economic empowerment of marginalized communities.
As well, he served as senior Québec advisor to the minister of Public Safety and policy liaison to the Cross-Cultural Roundtable on National Security.
Among his big projects in government helping to secure the Black Entrepreneurship Project that directed more than $200 million to our community and having Emancipation Day recognized by the federal government.
He says he felt that he has done a lot in the shadows of politics but once he exited the public service, he felt drawn to this project.

“I actually dreamt about it. I see the CCAM as an opportunity to unite our common passion…. An umbrella to bring Blacks under.”

On paper the CCAM is being guided by a power-pack executive committee and board of directors, all of whom are well-rooted in the community with strong backgrounds in business and education.
The Center was officially launched last May and is already engaged in a fruitful fundraising initiative to fund upcoming projects.
The Madeleine Féquière tribute at the Ritz is its first major event and is a testament of organizational capacity of the CCAM.