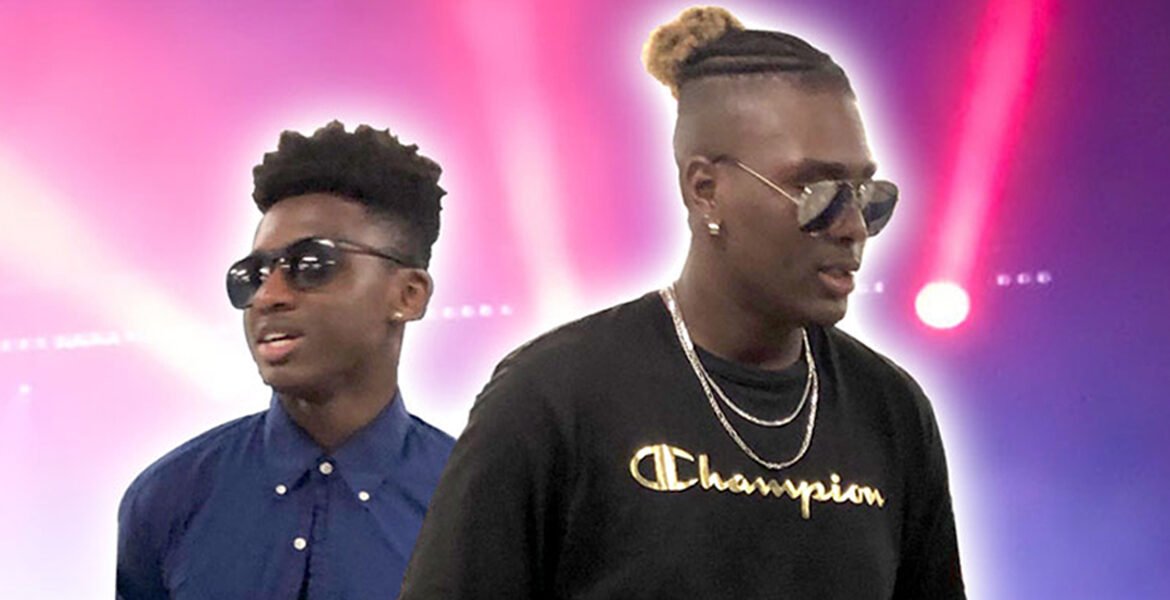 On December 20, a line-up of young Montrealers headlined by Amdie Johnson and Jordon Benjamin will be taking the stage at Caribbean Paradise Lounge in a pre-holiday time show they call “Gift to You.”
The group of up-and-coming young talents that include JX, Tebby J, Wan, Jess Malka, and Young FINXSSA all from the LaSalle area, are united in their love for music and have been honing their skills under the able guidance of their mentor Todd Smith.
Although this is the first big outing for most of them, Smith, a seasoned performer himself, and hardcore community guy, is confident in their capacity to perform in front of bigger audiences.
“This program has really brought out the best in them,” he says in an interview with the CONTACT. “Its is through music that a lot of these kids have overcome bullying and being outcasts because music makes them feel like they belong.
He has been working with them building their rhythms, melodies and on-stage deliveries in his weekly music program at LaSalle Community Comprehensive High School.
The afterschool program focuses on self-expression by building creative platforms through songwriting, singing, rapping, dancing, and performing.
Smith says he let them have creative control of their showcase.
“The name “Gift To You” came from them, they said that they want the show to be their gift to the audience.
Since 2014, Smith has built a strong platform for local artists, especially the youth he has gotten to meet with his work with the Lester B. Pearson School Board.
After years of his interacting with elementary and high school students he believes that the youth are our arrow to the future.
One of the headlining acts for the December 20th show is Amdie Johnson a.k.a. Tebby J.
As a grade 11 student at LCCHS high school in LaSalle he was voted onto the student council this year.
He is proud to be part of it so that he can help make this last year for his graduating class a great and unforgettable one.
He feels that he has come a long way in life and remembers being a young kid who loved writing songs and stories. He stopped writing for a while as he thought it wasn’t for him anymore and then tried football.
He was pretty good at it and after a successful season he went back to music. He has been on it ever since and is now here to stay as an artist and let his music out!
The other headlining act will be Jordon Benjamin a.k.a JX. Jordon also goes to LCCHS and will be graduating this year as well.
Jordon also fell in love with football at a young age and played with Amdie on the same team for the LaSalle Warriors.
Jordon earned his right to be one of the top-ranked running backs in the league, showing uncanny athleticism and speed as he destroyed, and most times even embarrassed defending opponents.
Jordon says he always fooled around a bit with the music and writing, but only started taking it seriously as of last year.
Since then he has become one of the wittiest and structured songwriters as well as one of the best rappers when it comes to delivery, style and flow. Add to this his high energy and charismatic performances,
As of last year Jordon has also got himself into the acting world and is trying to excel in that industry as well. He made it clear that he too is not shying away from the music and is here to share his gifts with the world.
The three other featured artists are Wan, Young Finessa, and Jess Malka. All are extremely talented songwriters and performers that will also set the stage on fire.
Jess Malka attended Beurling Academy High School in Verdun where Todd has worked for the past three years. Last year Todd was working with two of Jessica’s friends on some music and Jess felt comfortable to share her gift with Todd as well.
Not surprised at all but blown away by her writing and singing skills, Todd soon after got Jess in the studio and she has been hooked ever since. She has recorded more than 10 songs since then and she is very excited to hit the stage December 20th.
Wan, who is also a student at LCCHS, and Young Finessa who went to Lakeside Academy in Lachine, have also been steadily working hard on perfecting their craft and creating their own music and sound. Aside from writing, Finessa is also a producer.
All three are now students at Dawson College and are focused on their education while making a name for themselves there as well. They too can’t wait to share their gifts and talents that night.
Providing the music will be the one and only DJ Knoss, a young DJ from LaSalle who will keep the party jumping in between and after the performances.
The show is called “GIFT TO YOU” and it goes down on Friday, December 20th at the Caribbean Paradise at 8080 Newman Blvd. in LaSalle. From 7pm-11pm. Showtime at 8:30pm. Tickets are 5$ in advance and 7$ at the door. They are available at Caribbean Paradise or Todd Smith at 514-663-7689, or through the IG accounts on the flyer.
A night for the youth to let loose and do their thang!!! It’s gonna be a great party and show!!
Come enjoy.