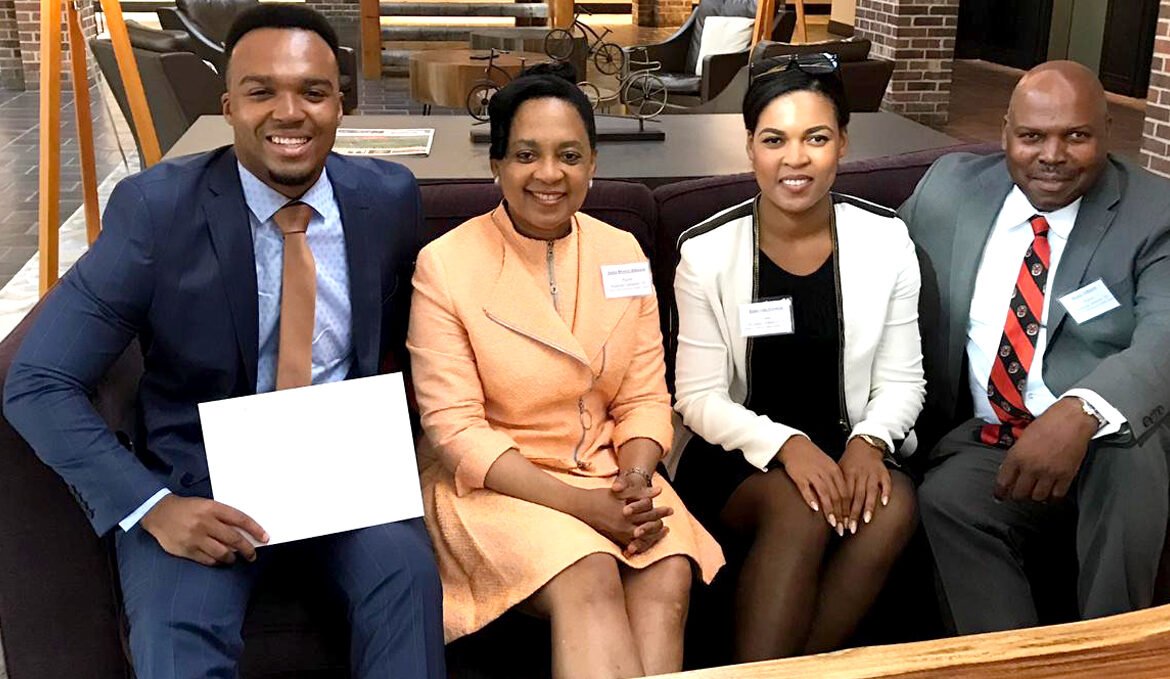 Montrealer Nicholas Johnson continues on his trail of academic excellence, snagging the Class of 1939 Princeton Scholar Award, at the prestigious Ivy League institution, at their award presentation ceremony on September 8. As stated on Princeton’s website, the award is given to the undergraduate who, at the end of the junior (3rd) year, has achieved the highest academic standing for all preceding college work at the university.
Johnson, a graduate of Selwyn House School, who attended Marianopolis College for one year, is an operations research and financial engineering concentrator and is pursuing certificates in statistics and machine learning, applied and computational mathematics, and applications of computing at Princeton.
Following his exemplary accomplishments in high school and in his one year of C.E.G.E.P., the high achiever, with the support of his teachers and parents, opted for an early entrance at university. He was accepted to five Ivy League universities including Columbia, University of Pennsylvania, Brown and Dartmouth, but decided on Princeton, which has the distinction of being the fourth oldest college in the USA. And since then, he has been steadily making inroads into his chosen field of work, combining academics with on-the-job training.
This past summer, he worked as a software engineer in machine learning at Google’s California headquarters, which followed internships at Oxford University’s Integrative Computational Biology and Machine Learning Group, where he developed and implemented a novel optimization technique under the supervision of Aleksandr Sahakyan, principal investigator and group head.
In June 2019, his project was recognized with the Angela E. Grant Poster Award for Best Modeling, at the 25th Conference of African American Researchers in the Mathematical Sciences.
He also interned at Montreal Institute for Learning Algorithms, under the supervision of Dr. Jason Jo and Professor Yoshua Bengio, widely credited as one of the pioneers of deep machine learning/AI (artificial intelligence).
Johnson is a member of the Princeton chapter of Engineers Without Borders and served as its co-president in 2018, supporting technical, community, financial and/or publicity aspects of projects in Peru, Kenya and the Dominican Republic. Serving as project manager of the Peru team in 2017 and as co-leader of the technical components sub-team, he co-designed all of the non-pipe components for the gravity fed water delivery system before traveling to Pusanchas, Peru to supervise construction of Phase 1 of the system, which now provides clean water to 120 family homes.
He later presented the project at the United Nations’ Students Seeking Solutions Sustainable Development Conference. He currently serves as residential college adviser, writing fellow at Princeton’s Writing Center, editor of Tortoise – a Journal of Writing Pedagogy, and president of Princeton’s chapter of Tau Beta Pi, the oldest Engineering Honor Society in the U.S.A.
He shares this year’s Class of 1939 Princeton Scholar Award with Grace Sommers of Bridgewater, New Jersey.
In presenting the Award, Dean of the College, Jill Dolan said: “We are proud of these exemplary scholars and pleased to celebrate their academic success. These students have achieved quite a lot academically while also contributing broadly to the Princeton community.
They set a vital example for their peers across campus, not just with their abundance of extra courses and A+ grades, but by the range of their intellectual and co-curricular interests. My colleagues and I are pleased with their accomplishments and proud of their commitments.”
Nicholas was joined at the award ceremony and luncheon by his family, including his dad, Dr. Dexter Gregory Johnson, his mom, Dr. Anita Brown-Johnson, and his sister, Anastasia (aka Ana Stasia), an emerging actress and singer currently pursuing Graduate Musical Theatre Writing at NYU-Tisch.