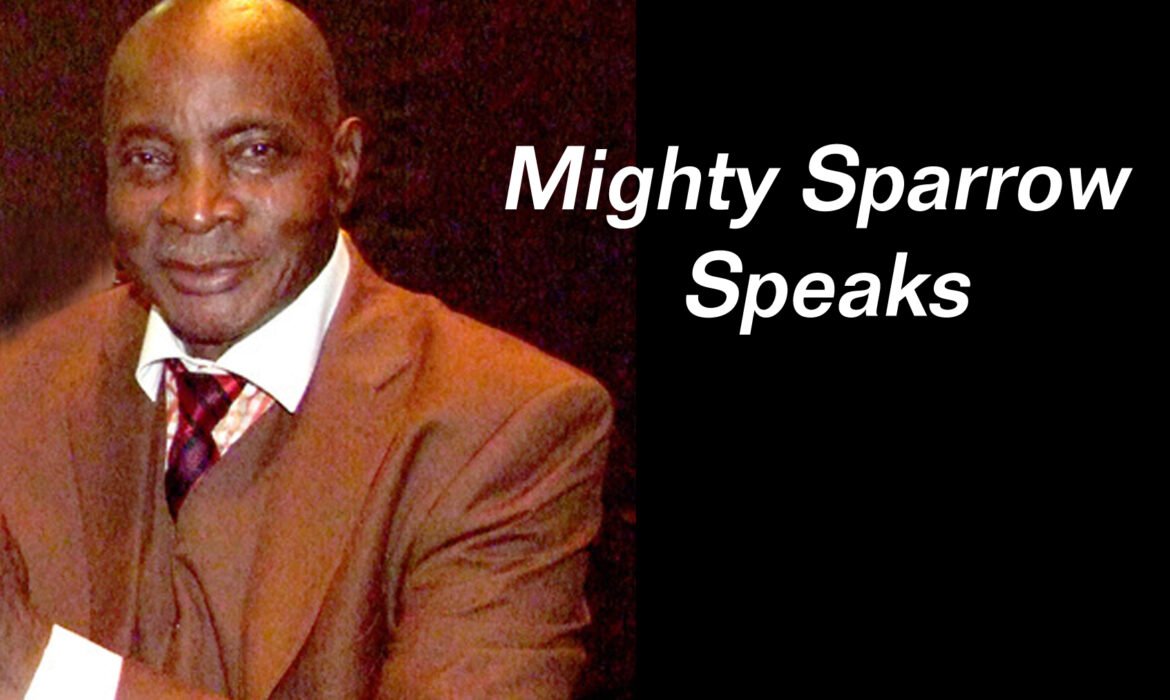 The Spice Island Cultural Festival in Montreal is back on July 10, with another virtual edition that is sure to delight your ears and taste buds alike.
On that big day Montrealers and others from around the world will enjoy a virtual celebration of Grenada, Carriacou and Petite Martnique with the spotlight on the nation’s culinary offerings, its music, arts and craft and its people.

Part of that celebration will be a showcase interview with Grenadian musical legend The Mighty Sparrow known to many as “Calypso King of the World”,.
Slinger Francisco The Mighty Sparrow – who turns 86 on July 9, will be in conversation with Festival president Byron “Doggies” Cameron, himself a renowned calypsonian, speaking of his deep connection to Grenada and Grenadians, who proudly consider him one of their own.
The king, hails from the town of Grand Roy on the west coast of Grenada in the parish of St. John,it’s his place of birth and it’s a point of pride for all Grenadians and for people like Cameron, who have always claimed the calypso king as their own.
For his part, The Mighty Sparrow, always a performer says that in Grand Roy, also known as Grand Roi, “no one dares make trouble …. why, you ask? Because the Mighty Sparrow will be there, blocking you.”

Although Grenadians will always claim him as their own, Sparrow has been living in Trinidad since a young boy speaks about who inspired and influenced this living legend who helped define the calypso sound?

“Lord Invader, Lord Kitchener, Mighty Spoiler, Lord Christo… but there are so many more.” Which of course begs the question: did the Sparrow stand toe-to-toe with those who came before him?

“Of course! I had to beat them before I could win my crown. In 1956, I became the supreme calypso king of the world!”

Sparrow is known for his many great hits including ‘Jean & Dinah,’ ‘Ten to One is Murder,’ ‘Drunk and Disorderly’ and ‘Saltfish.”
For Cameron, one special calypso stands out “ The Slave,” which Sparrow went on to reminisce about.
Over the past 65 years The Mighty Sparrow has released more than 50 albums with hundreds of hits. a
He has won the Road March title for the most popular song in the Trinidad carnival eight times, and was crowned Calypso King/Monarch eight times also, and won the Calypso King of Kings of The World title.

In 2020 he released Live at 85!, a show recorded at a New York City pub in December 2019
He has been hbestowed with some of Trinidad and Tobago’s highest honors including the Chaconia Medal (Gold), the Lifetime Achievement Award (Trinidad & Tobago Government,) and the Officer of the Most Excellent Order of the British Empire (OBE)
In 1987 he was awarded an Honorary Doctor of Letters (D. Litt.) from the University of the West Indies.

Tune in on July 10 at the Spice Island Cultural Festival YouTube Channel. The entire interview with the Mighty Sparrow can be viewed.