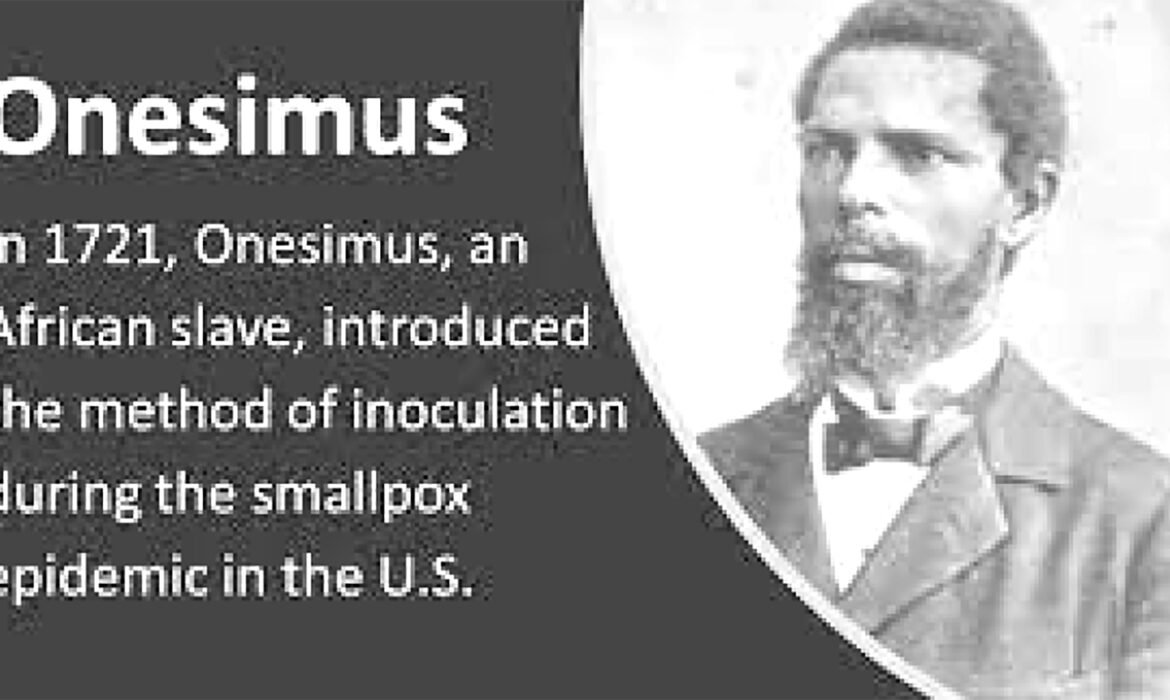 The Slave behind the practice of vaccination

Vaccination is defined as “the act of introducing a vaccine into the body to produce immunity to a specific disease.” And vaccines are products that produce that immunity.
Amidst all the clamour and seeming glamour, the name and the fame that accompanied the recent devastating spread of the Coronavirus, it was the lifesaving vaccination that somewhat turned the tide.
But the science and practice was unknown in the New World until it was introduced to America by a Black slave named Onesimus (late 1600s to 1700s). His birth name is unknown. His birth name is unknown. What is known is that he was a slave, and in 1706 was bought and given to the New England Puritan minister Cotton Mather who renamed him.
Throughout history there is little or no mention of the genius who is responsible for bringing such a game-changing practice to America.
Onesimus was instrumental in the mitigation of the impact of a smallpox outbreak in Boston, Massachusetts.
In 1721 the smallpox virus had made it to Boston and was spreading rapidly. The news was terrifying to colonists in Massachusetts. The first victims, passengers on a ship from the Caribbean, were shut up in a house identified only by a red flag with the slogan: “God have mercy on this house.”
In the meantime, hundreds of residents of the bustling colonial town had begun running for their lives, terrified of what might happen if they were exposed to the deadly disease. The virus was extremely contagious, spreading like wildfire, killing hundreds during a period of lesser with little to no medical advancement.

Although the minister Cotton Mather had great distrust for Onesimus, he knew that the slave was clever. Onesimus confided to Mather about the practice of inoculation, which had been used in Africa for centuries.
Mather then brought this vital knowledge to Dr. Zabdiel Boylston who, despite major opposition to the idea managed to successfully inoculate 240 people.
Today, the name Onesimus remains forgotten while Dr. Zabdiel Boylston is remembered and revered as the physician who introduced smallpox inoculation to the American colonies.