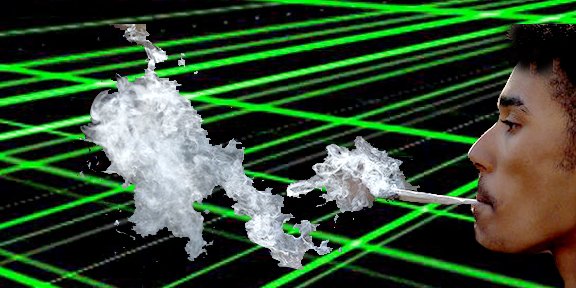 After years of deliberations, on October 17, marijuana will be legal in Canada. And as with other Canadian provinces, Quebec will have some jurisdictional powers over its sales and distribution, and has adopted a number of strict guidelines on how cannabis can be consumed and sold in the province.
The mandate to handle both sales and distribution has been handed over to the Société des alcools du Québec (SAQ), under an independent subsidiary branch called the Société québécoise du cannabis (SQDC), which plans to operate about 20 cannabis outlets across the province.
Here’s what you need to know about the sale and consumption of Cannabis in Quebec:

The Product
Across the province consumers can purchase dried and fresh cannabis, cannabis oils, and cannabis accessories, e.g. bongs and grinders.
However, edible products will not be sold, as they are still illegal.
Only 30 grams can be bought each purchase, and a maximum of 150 grams can be kept in a home, irrespective of the number of people who live there.
Who can buy it?
Anyone over age 18 with a valid ID.

Points of Sales
Locations have not been announced, but outlets will not be close to places frequented by minors, such as schools and daycares. Those under 18 will not be allowed to enter.
Retail outlets will neither provide free samples nor allow people to try the product on the premises. However, the SQDC has states that patrons will be permitted to sniff products before purchasing.
To prevent minors from purchasing from the SQDC’s online store, recipients will have to show ID upon delivery. Mailed packages will not be left at the doors of consumers.

Cost
Prices have not been announced, but the SQDC said it aims to have an average price of about $6 a gram; the price has been strategically fixed in order to discourage users from making black market purchases.

Smoking Areas
In most parts of Quebec, you can light up in the same places where cigarette smoking is permitted. However, possession will be limited in daycares.
Smoking will be forbidden in restaurants, bars, workplaces, hospitals and post-secondary institutions, as well as in common areas of residential buildings comprising two or more dwellings.

Unless forbidden by the lease, users can smoke in their homes. Landlords will have 90 days after the bill comes into effect to add anti-marijuana restrictions to leases.
Home Growth
Unlike some of the other provinces, it remains illegal to grow marijuana at home in Quebec.

Employment
Along with this new legislation come a number of employment opportunities. The SQDC has launched a hiring drive with jobs starting at a lucrative $14 an hour. Candidates without criminal records are invited to apply on the corporation’s website.
As it was formerly an illegal drug, experience with cannabis is not required in order to apply.
The SQDC intends to open about 20 stores by mid-October, when federal legislation legalizing cannabis comes into effect. Start-ups, research teams and investors will subsequently be hiring people to analyze the new market.

Smoking and Driving
The law bans anybody from driving with cannabis or any other illicit drug in their system. Failure to comply can result in immediate suspension of one’s driver’s license for 90 days.

The herb was officially criminalized in 1923 in Canada. Since then people in the hundreds of thousands have been arrested. According to a Vice News investigation, Black and Indigenous men have accounted for the highest number of arrests for cannabis possession across Canada since 2015.

Amnesty groups have been advocating that the federal government grant a blanket pardon to Canadians convicted of minor cannabis possession. The expunction would help them find jobs and allow them access to social services and freedom to travel.

More information is available online about how cannabis affects the nervous systems, as well as the potential health risks of consumption, on the government and SAQ websites.