Something new for the music world 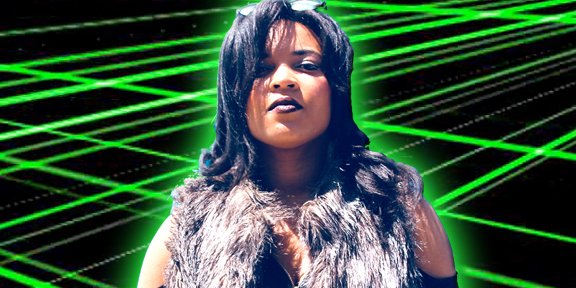 With the recent release of her debut album, “Best Life – EP”, Montrealer Ana Stasia is offering the world a taste of the music that has been her fuel for much of her journey towards a career in the performing arts.
Already, we might have seen her on a few popular television series such as Scandal, Black-ish, Brooklyn Nine-Nine, Criminal Minds, Ballers and NCIS, but with her eyes set on sharing her music with audiences around the world, chances are we’ll be hearing a lot from her in the near future.
In an industry that has become convoluted with a multitude of voices and sounds, Ana Stasia is confident that she’s bringing something that stands her apart from the masses, describing it as “alternative pop intercepted by reggaeton threads, rooted in the vibrant culture and rhythms of the Caribbean.” And she hesitates to compare her sound to anyone or anything on the scene today, except maybe for some fleeting influences by English Diva Adele, whose music she admires unconditionally.
In a telephone interview with the CONTACT, Ana Stasia, who is sparing no effort in perfecting her art and in making the right connections, is laser-like in her determination to get to where she wants to be. “Ultimately, the goal is to make it big on the musical stage,” says the 24-year-old. “I would love to be doing international tours and selling out venues such as Madison Square Garden.”
For many, those could be seen as lofty goals, but not for Ana Stasia. Not with her track record. It was only about seven years ago when she became the first Quebec teenager, and probably the only Canadian, to be handpicked to perform with a 50-voice choir at Carnegie Hall as part of the American Honours Performance Series, reserved for the highest rated performers in North America.
She followed that feat by earning a scholarship to the prestigious American Musical and Dramatic Academy College and Conservatory of the Performing Arts, which took her to New York and Los Angeles for two years, perfecting the basic elements of the industry such as acting, dancing and singing. It led to a one-year residency in Hollywood, where she got her feet wet by snagging a few bit parts in several popular television series.
Now with the release of “Best Life,” Ana Stasia is putting the music world on notice. The five original tracks, which she said she wrote over the course of time, and inspired by her life and others around, were specially selected by her and her team to ‘touch a chord’ with music lovers. The title song “Best Life”, she says, is an “Ode to millennials to stay true to themselves and live unapologetically.”
The album is an independent project, and Ana Stasia says she is open to hooking up with a reputable label or distribution outfit. “It’s part of the challenge that every artiste has today: making the right connection with people you can trust,” she says. “I try to navigate it by approaching things from all angles.”
Truth is, Ana Stasia, a child of two community stalwarts, Dr. Dexter Johnson and Dr. Anita Brown-Johnson, brings a lot of smarts into her quest for musical odyssey. Her foray in music started when she was three years-old and began piano lessons. “Those lessons continued well into my teens, and I actually liked it so much that my parents had to encourage me to do other things.”
Musical training remained a big part of her time at The Study and Marianapolis College, where she participated in the choirs and bands, all the way through the course of her Honours Bachelor of Arts Degree at The University of Toronto.
All of it is coming together now. And Ana Stasia says that she is depending on her passion, her uncompromising desire to put out nothing but the best and the realest sound (“I dislike over-processed music”) to connect with her audiences.
The album is available on all on-line platforms, including iTunes, Apple Music, Spotify and Tidal or check it out at www.anastasiadextrene.com.