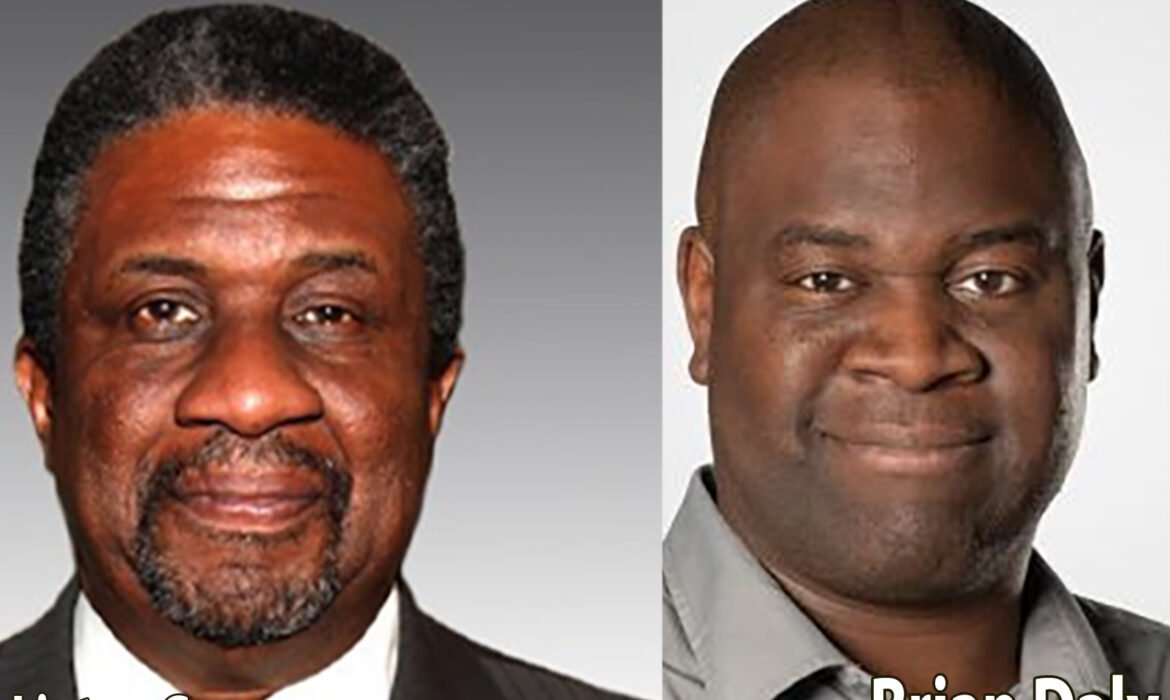 The job of the journalist is to report on the world around us, delivering news and stories that as compelling as they are informative.
Ironically enough, news and stories about Black journalists in Canada are rarely told.
And a big reason why is because they are under-represented on screen, on air, but more importantly in newsrooms across the country.
In the recently published Canadian Association of Journalists (CAJ) inaugural Canadian Newsroom Diversity Survey, it shows that 80% of newsrooms across Canada do not have Black or Indigenous journalists.
Now that’s a story worth telling.
One of the statistics that stands out the most from this survey, is the fact that the data was collected from 209 newsrooms composed of 3873 working journalists.
Linton Garner, the Quebec director of the Canadian Association of Black Journalists (CABJ) says these findings “suggest that experienced as well as aspiring Black journalists will not find opportunities in the industry to fulfil their career aspirations.”
And it’s up to the big media houses to change that reality.
“The major corporations have to make an effort,” he told the CONTACT
“The CABJ is extremely concerned about the apparent exclusion of visible minorities in Canada’s newsrooms. The CAJ’s findings suggest that experienced as well as aspiring Black journalists will not find opportunities in the industry to fulfil their career aspirations,” he says in a follow-up statement.
As well he states, we the people have a role to play: “We ask all Canadians to hold the media accountable, not only for what they report, but who decides what will be aired or published and who reports it.”
However, he says, Black journalists also have to take matters in their own hands and ultimately represent themselves if bigger networks and their corporate owners won’t do it.
“With new media, we are seeing podcasts and other kinds of streaming platforms, I think that’s where we are going to have to [take advantage of new opportunities.]”
Brian Daly, the Atlantic director of the CABJ, echoed those sentiments: “There’s nothing that would beat having a successful platform.”
He says having an outlet for more Black and BICOP stories “that has a steady source of income, financing would surely have a lot of impact.”
“For those in general who are thinking more about being journalists, being storytellers, you just have to be the best storyteller you can be and you could have tremendous influence simply by chasing your passion for journalism,” the former Montrealer told the CONTACT.
Daly, who works for CBC Halifax, says big media organizations stand to benefit from having a diverse staff because it increases fairness, balance and accuracy in reporting as well as broadening the audience base.
Both Daly and Garner are convinced that one of the main factors that strips away opportunities and contributes to under-representation of Black journalists in newsrooms is racism.
Garner pointed out that in Quebec and across the country, something as simple as a person’s accent can be an obstacle to journalists either getting hired or keeping their jobs.
And he believes that the lack of diversity the media could be responsible for the marginalization of important social issues.
“Here in Quebec in particular, our media has gone along with the province’s insistence that there is no systemic racism, but unfortunately, this survey suggests this could in fact be a problem in our newsrooms,” he states.
Daly on his part, pointed to historical barriers that is hampering diversity in newsrooms in his province, such as society’s decades distrust for African Nova Scotians.
Regardless, both agree that in this digital media age, Black journalists, more than ever, have an abundance of opportunities to create new lanes from themselves and instead of wanting to enter buildings that close doors on them, they can construct their own buildings.
The Canadian Association of Black Journalists’ (CABJ) was launched in 1996 focussed on diversifying newsrooms and increasing the number of Black media professionals in management positions in Canada.
As part of its recent relaunch, the CABJ is also dedicated to “educating and inspiring a new generation of young Black journalists,” while boosting its regional presence across the country.
Garner is working towards the official launch of the Quebec chapter in February 2022.