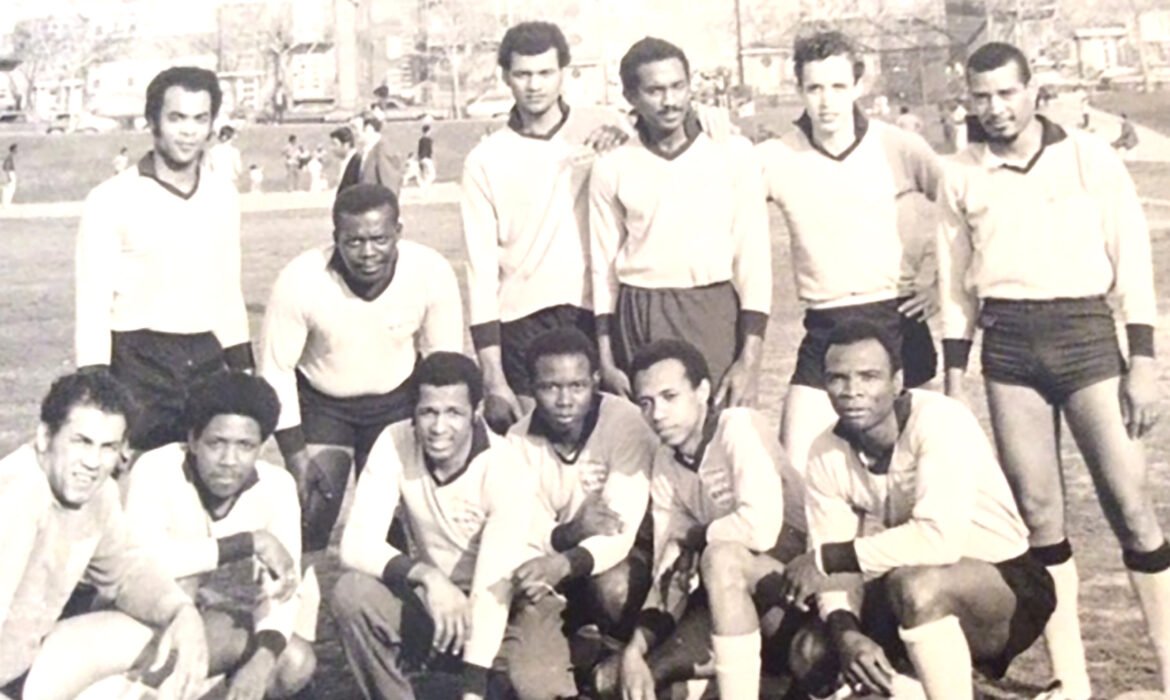 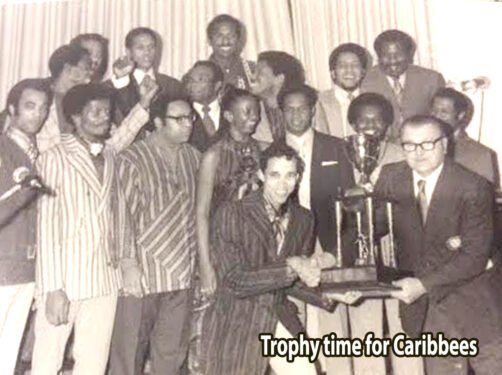 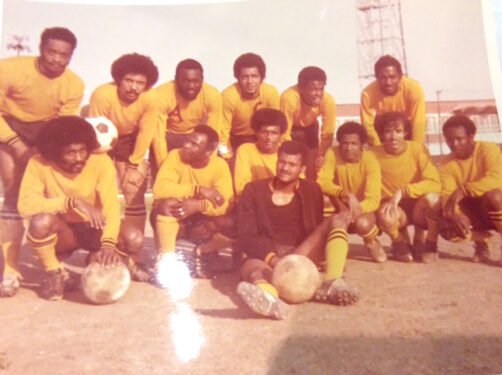 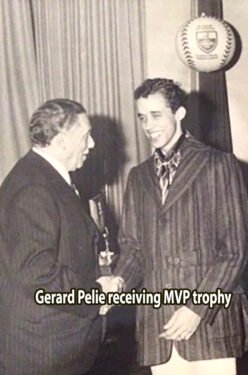 Nineteen-seventy-one was a special year for soccer players from the Caribbean and their supporters in Montreal.
It was the year that Caribbees Football Club, a team made up mainly of players from the Trinidad and other islands along with a few hardy men from elsewhere, finally found their stride in the Quebec Soccer League earned province-wide supremacy by snagging the premier division loop title .
In a report documenting the team’s dominance that year, the Montreal Star, the leading daily at the time, heaped praises on the boys, for their goal-scoring prowess and the “razzle-dazzle” that they exhibited on the field.
It was an especially memorable year, 1971, for team-captain Gerard Pilie, whose marksmanship earned him a league-leading 39 goals and MVP honors.
The fleet-footed player out of south Trinidad joined Caribbees in 1968, the year he landed in Montreal and soon became a staple in the centre-forward position.
He remembers 1971 well.
“We had a really special group of guys that year, very good players who were prepared to work hard for the team,” remembers Pilie, a resident of the south shore today.
A lookback at the list of guys who took the field in the yellow and black jerseys reveals an impressive line-up, including a few T&T soccer legends such as Jeffery Gelineau, Billie Samuels, Ron Licorish, Frank Sealey, “Rugged Tom” Davis as well as goalkeeper Tom Pace, who had the distinction of representing his native St. Lucia as well as the West Indies football team.
Over the years, other outstanding players such as Ron Fermin, Vince Hall, Sam Boldon, Ken Braithwaite, Gordie Blackman, Lonsie Blackette, Lloyd Santana, Frank Byer, Victor St. Martin, Earnest Samuel, Clive Licorish, Patsy Monroe, Kelvin Phillips, Curtis ‘Sackie’ Douglas, Khan, Hayden Clarke, Richard Coles, Irwin Armorer, Big Frank, Conrad Keith and Winston Farmer, made their mark with Caribbees.
The team also included a players from Turkey, France and other European countries
It was back in the very early 1960s that Caribbees was formed out of the Trinidad and Tobago Association, by some of the new arrivals who were attending university in the city, Sir George Williams, McGill and the University of Montreal.
Foundation members include, Licorish, Blackman, Sealey and Boldon.
Back then the team served both as a social club for the young Caribbean immigrants as well as a competitive football club.
By the middle to late 1960s, Cariibbees became a staple in the community and had wide spread support with many soccer lovers from across Montreal, flocking to Kent Park in Cote des Neiges as well fields in Park Extension and Jarry Park for mid-week and weekend games.
During those heady days, when Caribbees stood tall above other teams which sported players from Italy, Hungary, Ukraine, the UK and Quebec, they were always league favorites and perennial trophy contenders.
The team’s popularity even earned it short-term sponsorship from Cocorico, a brand of refreshing tropical drinks that originated in the Caribbean.
By the mid 1970s, when the core members of the team meandered towards family and professional lives, Caribbees morphed into Hilltoppers Sports and Cultural Club, and continued to participate in competitive leagues around the city as well as taking on a more pronounced social face with friendly tours across North America and the Caribbean playing “fete matches” and enjoying other past-times.
Still today, players and supporters bubble with excitement remembering those heady days 50 years ago in the late summer of 1971, when Caribbees took on all-comers in the National Premier division of the Quebec League and shared licks on the soccer pitch.