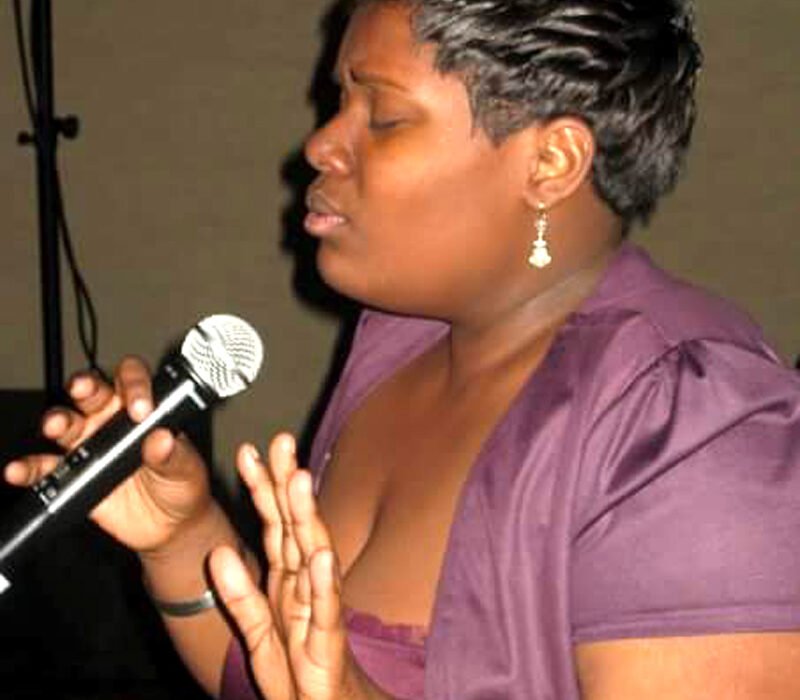 When  Khai Lewis-Welsh steps on stage for what she considers her big “coming-out show” on May 24, music lovers will see a side of her not seen before.
And it promises to be amazing.
You see, as a child, Khai was a regular at events across Montreal and beyond, winning over audiences with her powerful voice and lovable personality.
Today, she has emerged as a talented soprano singing what she describes as “classical ballads in an operatic style reminiscent of the Harlem Renaissance of the 1920s and ’30s.”
And she is ready to show Montrealers her growth as a performer.
“It will be an opportunity to showcase the diversity of my voice because I’ll be performing some pieces in English and some in Italian,” the 25-year-old told the CONTACT in a recent telephone interview. “So the audience can expect songs from Pavarotti as well as Andrea Bochelli and Josh Groban.”
She added that the show will have something for everyone who loves a good song, as she will also be doing some of the standards from the Showtime era together with some all-time favorites such as “Somewhere Over the Rainbow” and “Summertime.”
“This show has been a long-time coming and I want to offer my best to Montrealers, especially people in our community, who have supported and helped my career over the years.”
Back in the day, when Khai began to contemplate going the distance with her singing, it was all about   RnB.
“I was in my Ashante and Beyonce phase and my heart was set on becoming a RnB star,” she recalls. “Then I met my voice teacher and he convinced me that my voice was not for RnB but more appropriate for classical music. I wasn’t happy.”
Today, she couldn’t be happier with the choice.
The truth is: “it’s now my life. I love it,” she says. “I have this sense of uniqueness being a classical/opera-type singer because not a lot of people choose to enter this area.”
Along the way, she won the National Canadian Talented Teen Competition, which led her to represent Canada at the Hal Jackson International Talent Competition in the United States, where she impressed talent scouts with her captivating voice and opened up a number of opportunities for her in the U.S.
One Washington-based group, Kermit Production, invited her to talent workshops in Hollywood, California, and New York City, which led to her performing at iconic venues such as the Cotton Club, Sugar Shack and Amateur Night at the Apollo.
Khai is also excited about the prospect of showcasing her musical director and mentor  Jansuz Wolny, a baritone singer, who will join her on stage accompanied on piano by his wife Magdalena.
The Concert takes place on Sunday, May 24, at
6767 Cote des Neiges Rd at 6:00 PM. For info. (514) 735-6936 or (514) 618-2745.