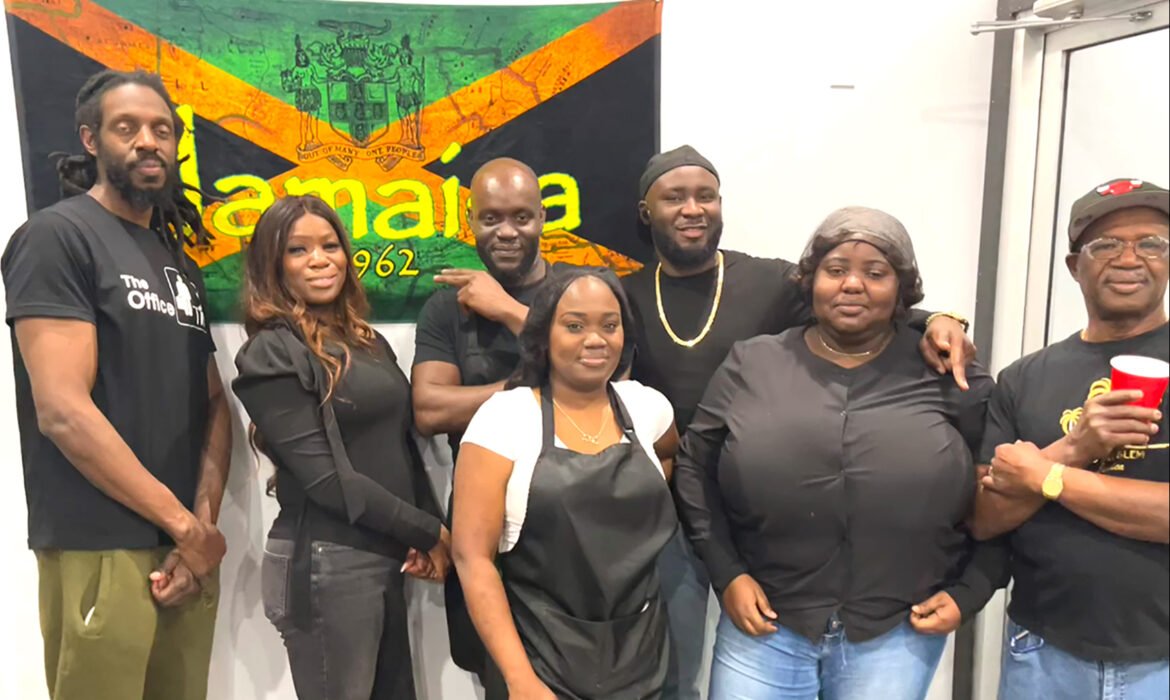 A celebration of friendship and authentic Jamaican cuisine

After many years of friendship, Orville Scully , Peyton West and Rome Augustin have argued over lots of games of dominoes and discussed many issues. The one thing the three pals could agree on that the good people of Chateauguay, that little bedroom community on the south western edge of Montreal, needed to have access some authentic Jamaican food. Voila, Jamrock Restaurant.
The little restaurant situated on the main street of the city, at 102 St. Baptiste, suite 52, opened its doors on Saturday, November 26, with a little hoopla and fanfare and bubbling enthusiasm.
Throughout the day, the three friends were joined by a steady flow of friends, family and well-wishers including municipal leaders such as Chateauguay Mayor Eric Allard and city councillors Arlene Bryant, Eric Corbeil, Lucie Laberge and Mike Gendron.
Just as envisioned, the menu is an adventure of authentic Jamaican culinary treats with everything from Jerk Chicken, Oxtail, Curry Goat, Ackee and Saltfish and Escovitch Fish.
Let it be known that the jerk chicken plate was wonderfully scrumptious.
The opening of Jamrock Restaurant represents a celebration of friendship. Just as important it represents the unbridled entrepreneurial drive that will power our community into the future.