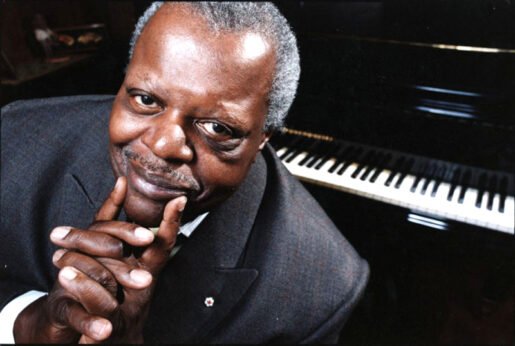 The legacy of Oscar Peterson lives on in a recently released minute-long video that captures his meteoric rise from the bosom of Little Burgundy to the most celebrated stages on the global Jazz circuit.
The Heritage Minute produced by Historica Canada starts with the delivery of a piano to the Peterson’s household, where Oscar honed his skills under the watchful eyes of his sister Daisy and his father Daniel.
As the heritage Minute story goes:
“My dad was a railway porter, just about the only job as Black man could get. But he had big plans for us. Music would be our ticket out of poverty. I knew we couldn’t afford that Piano, so I practiced twice as hard. Turns out, that I wasn’t half bad. Then I found Jazz or it found me. It wasn’t all easy though. I faced a lot of hate. But I found my stage.
They call me the man with four hands… well I don’t about that. Let’s see how far this ticket takes.”
Then it’s booked-marked with a voice-over from Oliver Jones telling us: From Montreal to Carnegie Hall and far beyond Oscar Peterson became one of the most recorded and celebrated Jazz musicians of all time.
Peterson, born August 15, 1925, elevated to the top of his art form with a career that lasted well over six decades and produced more than 200 recording.
Between 1975 and 1997 he won seven Grammy Awards.
Peterson’s early teachers were his father Daniel, an amateur trumpet player and his sister, who tutored him in classical piano
Peterson continued to excel as a child with additional training by Hungarian-born music instructor Paul de Marky.
At the age of nine, he was practicing six to eight hours a day and really began to make his mark by the time he was 14, when he won a national music competition put on by the Canadian Broadcasting Corporation.
In his teenage years, he moved easily from classical piano to traditional Jazz and Boogie Woogie, dropped out of high school, The High School Of Montreal and launched his career as a professional pianist.
He began playing on the Montreal jazz circuit in hotels and concert halls and was a star feature on a weekly radio show.
He was also a resident musician for Victor Records.
As he made his mark on the international stage, stories of the racism that he faced never deterred his forward progress as a musician.
He played at some of the world’s biggest concert hall, including Carnegie Hall and shared the staged with some of the biggest names in music, earning their respect and reverence.
In his later years, Oscar Peterson served as a teacher and instructor to students in Ontario and continued to make occasional appearances.
He died on December 23, 2007, of kidney failure.Heritage Minute captures the legacy of Oscar Peterson