Gun Runners take to the road 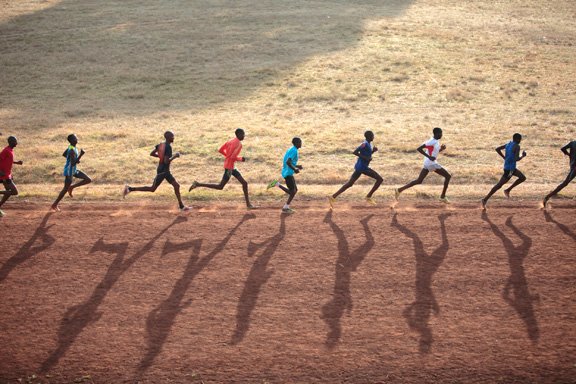 Meet Julius Arile and Robert Matanda. They are two Kenyan cattle rustlers trade their rifles for running shoes whose story was into a feature documentary Gun Runners by Montreal-born and Nairobi-based filmmaker Anjali Nayar.
Filmed in Kenya and New York City, the movie is a gripping tale of the two outlaws who ran away from a hard scrabble life in the forest of northern part of their African homeland to stake a place among the world’s best marathoners.
The documentary opens on September 30, in Montreal, in English at the Cineplex Forum and in French at the Cineplex Quartier Latin, and at Quebec City’s Cinema Cartier.
As Arile spends time Montreal to promote the film, he will meet with youth in the Little Burgundy area and participate in the Montreal International Marathon.
Gun Runners is produced by Kat Baulu and Annette Clarke for the NFB.