Advertise with Us
Home Opinions FUTURE BIRTH OF THE NEW QUEBEC NATION?

At a 46 percent approval rating in the political polls, the premier of Quebec, leader of the Coalition Avenir Québec (CAQ) party and Francois Legault, currently gestating thoughts of a future nation is focussed on his national objective, heartened by prospects of a massive electoral win over the opposition Liberal party in the upcoming October 3 provincial election.
His eyes and mind are firmly fixed on more than an electoral win in the election, it’s the usual political prize, firstly, but foremost the birth of a new, independent nation called Quebec, once the predicted CAQ win in the early autumn voting results are tabulated, verified and publicized by various media.
Right now, there’s no lack of confidence in the ranks of the CAQ political machine as well as its supporters as to the election outcome, given the visibly upbeat mood of the premier and his ministerial team, as well as subtle reminders to his supporters to not become complacent even if things bode well for another CAQ win.
The premier seemed to have read and studied well. Right now he’s oozing the René Lévesque persona, as if he dusted off his electoral playbook. It’s looking like the 1970s, 80s-style René Lévesque nationalist political era all over again: sentiments of separation, although Francois Legault is yet to mention anything about separation. But the separatist intents are not lost on those who have seen the nation(alist) sentiments been periodically, albeit subtly expressed.
Meanwhile, confidence is high in the ranks of CAQ candidates as well as the dominant CAQ nationalist electorate whom seem to take pride in the 1970s 80s-style nationalist political preachings of one René Lévesque looking up, and confidence is high in the ranks of CAQ candidates as well as the dominant CAQ nationalist electorate whom seem to take pride in the 1970s 80s-style nationalist political preachings discourses of one René Lévesque.
And to test its supporters’ acceptability, likability confidence, likability quotient, the premier of the would-be nation/country is resorting to ruffling feathers in Ottawa by stating his intentions to demand that federal immigration powers be handed over to Quebec; where the CAQ government would be able to better control and manage the province’s politically toxic French language issues by deciding which/what immigrants would be permitted to emigrate to the new or future “Quebec nation.”
But until further notice, it will remain under the jurisdiction of the federal government, essentially until further notice, and/or Ottawa agrees to cede control of immigration matters to [the still-provincial government of] Quebec, as the prospective leader of the future nation makes preparations to end Canada as it has been for the last 155 years of Confederation (including Quebec) and the rest of the world have known it up to now. Any other scenario would herald the birth of a new nation — Quebec, or whatever it will be christened upon the “declaration of independence” ceremony for that long deferred nation… still known as “Quebec?”
In the meantime, I’ll allow the political campaign to play itself out, as well as the current one the Quebec provincial election. That other one, the nationalists’ dream will be a reality, perhaps some day or will forever be, quote: “a dream still deferred” in our collective existing lives bigger one, which will be the national… (even international conversation and debate at the right time).
But as things look right now, I think I’ll be sitting out this one, as well as the more important and inevitable other one, which will be the major news and conversation in due course. Right now, the premier clearly does not need, let alone value my vote. Looking ahead he clearly doesn’t deem people like me valuable or worthy enough for solicitation.
So I’ll just sit out this election round, and likely the “big one” which will be inevitably advertised in the foreseeable future.
In any case, people like me/us do not register, will never register on the CAQ’s political Richter scale.
Save your energy, then, is my operative term. The nation, born in 1867, has been doing very well for some time now. Which is why people are always trying to find ways to get in here. At least that’s what I learn from the news.
I’ll continue to focus my attention on those things (and people) that matter to myself and others of my ilk.
That birth of a nation happened a long time ago with much tumult. It’s still living its dark, stark history as it looks for solutions to its myriad social, racial and other problems too numerous to mention.
Right now, the other nation that interests me is that proverbial “spiritual nation” where language is no barrier, issue or problem.
My elders used to talk of the place beyond after perusing bible and other religious stories…
I’ll stick with those soothing childhood memories of Sunday school memories devoid of politics and all the other madness. I have no interest in helping to found or live in another country.
This one is just fine… in any and every language in which people have been managing to communicate and getting along… 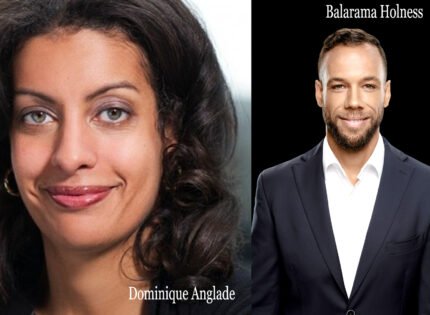 THE CURRENCY OF POLITICAL LANGUAGE

THE CURRENCY OF POLITICAL LANGUAGE