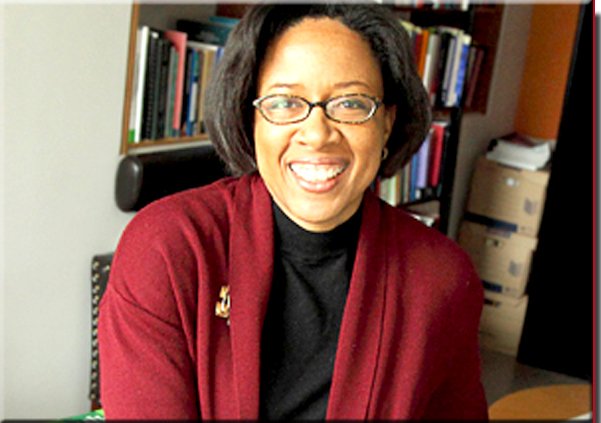 On September 20th, Professor Adelle Blackett, Canada Research Chair in Transnational Labour Law and Development at McGill University’s Faculty of Law, will be launching her new book entitled Everyday Transgressions : Domestic Workers’ Transnational Challenge to International Labor Law. The book was published this spring by Cornell University Press, in time for the centenary of the International Labour Organization (ILO) in Geneva.
In this book, Blackett tells the story behind the ILO’s 2011 Decent Work for Domestic Workers’ Convention No. 189, and its accompanying Recommendation No. 201 – they created the first comprehensive, international standards to extend protections and rights to domestic workers laboring in homes around the world. As the principal legal architect of these instruments, Blackett takes us behind the scenes to show us how they transgress the everyday law of the household workplace to embrace domestic workers’ human rights claims to be workers like any other – and like no other.
This book emerged out of Blackett’s experience working at the ILO in the 1990s, writing a report for South Africa as it emerged from political apartheid. The new African National Congress-led government realized domestic workers would not be able to leave their jobs overnight, but that it would need to address their working conditions, and looked to the ILO for comparative law guidance. From that early time, Blackett knew that comparative law would not be enough – In her book, she discusses the importance of grappling with historical forms of invisibility, in particular the global history of slavery and the persistence of racial capitalism. She also emphasizes the influence of the domestic workers who repeatedly resist their own subordination, and who compelled the International Labour Organization to include them in its understanding of decent work for all.
This book is also an exercise in community commemoration of a shared aspect of Canadian history. Blackett’s mother, like so many other women from the Caribbean, entered Canada following a 1955 Memorandum of Understanding and the introduction of the Foreign Domestic Movement Program. The program opened a pathway to immigration for racialized communities, but was built on the stereotypes about Black women’s proper place, in service to others. Blackett’s book draws on the experience of the women who travelled, and in the process, unsettled stereotypes to show Canada they had lives, aspirations, and agency of their own.
Professor Patricia Williams, author of The Alchemy of Race and Rights (1991) and columnist for The Nation magazine is one of the five people to endorse the book, concluding that “this beautiful book is local and universal, generous and unsparing, gently compelling and tremendously urgent.”
The launch will be held at Paragraphe Bookstore, on September 20th, from 5 – 7pm. Following a brief discussion and reading, refreshments will be served. This book is about shared community experience. Community members are warmly encouraged by Professor Blackett to attend.
Librairie Paragraphe Bookstore, in association with McGill University’s Faculty of Law, presents a book launch for Everyday Transgressions: Domestic Workers’ Transnational Challenge To International Labor Law by Adelle Blackett on Friday, September 20, at Libarie Paragraphe Bookstore 2220 McGill College Avenue from 5-7PM. Admission is free and Refreshments will be served.