Empowerment in Style and Music 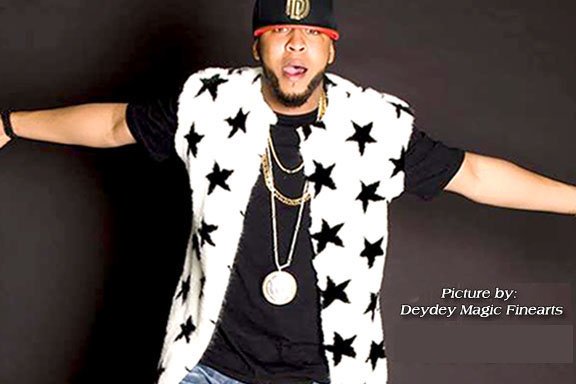 The team at I A

m Fashion doesn’t see their annual event as just a fashion show, or just a party, or just another event, for that matter.
Co-creator Sean Mohtorious explained they see it as a movement, a way to empower people and help them achieve their dreams. Now in its ninth year, the show serves as a platform for local designers and models to promote themselves.
The models fall into one of two categories – either they’re trying to break into the industry and get more exposure, or just want to experience what it would be like to be in a fashion show. Regardless, everyone is given a fair shot.
The fashion industry, Mohtorious said, can be a tough one to break into, especially since casting agents are so often looking for a specific kind of look. People who don’t adhere to that look aren’t even considered, Mohtorious said, but I Am Fashion tries to represent all cultures, sexes, professions and body types. They consider motivation and charisma and the other elements of the person’s personality, not just their appearance.
“We want them to know there will always be a stage for you to exist and express yourself in this world,” he said.
The models range in age from 18 to 40 and are put through a training program where they learn to stand tall, walk straight, be confident, and trust themselves, skills that are crucial for modelling but also in life.
The show is billed as an urban fashion event, but Mohtorious pointed out how broad the term “urban” actually is. They’re not going for a specific look, but rather are trying to stay ahead of the curve, identifying and featuring trendsetting designers and stores that are creating and selling the next big things. The clothes fall under four categories: urban street wear, classy urban, fitness wear and “Miss Confidence, Love Yourself”, the plus-size clothing category.
The designers are Quebec-based and demonstrably work hard, in real life and on social media, to get their names out there. Some also employ young people and give back in other ways. The show serves as an extra push to get them where they want to go. The work of 10 designers and boutiques will be on display this year.
A DJ and event planner, Mohtorious said the first edition of I Am Fashion was actually a party. They eventually incorporated a fashion show into the event, but made sure not to lose the party atmosphere. They try to create an experience that’s a mix of entertainment, nightlife and fashion, where the hosts interact with the crowd to keep them hyped and maintain the electric atmosphere.
In the past nine years they’ve held the event in lofts, corporate spaces and at clubs. This year they’re doing it at a downtown hotel. “You can say we’ve stepped it up this year,” Mohtorious said.
And like the models and designers they feature, the team is also aspiring to bigger things that may include opening an academy where they teach things like self-esteem in a more formal setting. They’re also thinking of maybe doing the show more than once a year. Both concepts are dreams, for now, but organizers are hoping that attracting more people to the show will bring the attention and sponsors they need to make those dreams reality.
I Am Fashion takes place Friday, March 25 at the Plaza Evo Hotel, 420 Sherbrooke St. W. Doors open at 9 p.m., show starts at 11:30. Tickets cost $20 ($25 for VIP) and can be bought at the door or in advance by calling 514-566-6486 and asking for Sean or Shanice.