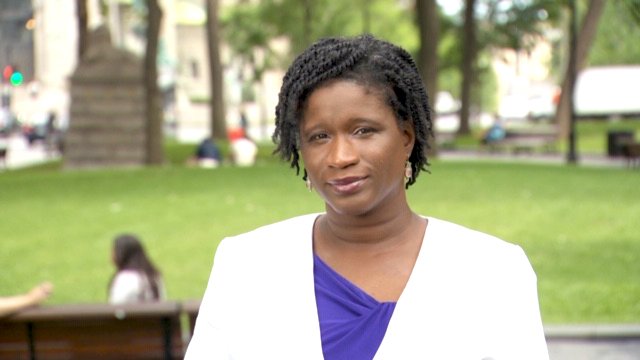 After 17 years at Global Television in Montreal, it comes with some satisfaction for Elysia Bryan-Baynes in her decision to step away from a profession she loves and a job that she says was rewarding in so many ways.
“I loved Global News Montreal and was fortunate to be able to do many different roles: researcher, reporter, National Assembly reporter and anchor.”
When news of her retirement broke on Friday, January 31, it sent shock waves across the community, with many calls to the CONTACT wondering how “Lysie” as we know her can retire, “so young.”
“I’m 38 years-old and have reached a point in my life and career when I can say that I truly value the experiences I have had at Global and loved the people I met and the stories I was privileged to tell. I’ve learned a lot from those experiences and am ready to create new ones.”
She doesn’t quite understand why so many are questioning her decision to retire now.
“If you’re 38 and want to end something, go for it… if you want to start something at 70 why not…”
Leading up to her career in journalism, Elysia blazed a trail of excellence at Royal West Academy and then on to Carleton University when she was only 17 years-old to study law and communications.
Along the way, she honed her writing skills here at the CONTACT and at other publications.
She joined Global in 2003 and moved easily through the ranks of the television newsroom as a researcher, line-up editor, field producer and reporter.
In 2010 she moved to Quebec City to cover provincial politics at the National Assembly before moving back to Montreal to become anchor of the Global News 11 p.m. local newscast in 2013. She became Quebec’s first full-time Black female anchor.
In answer to the burning question on the minds of relatives and friends, Lysie was her usual calm and collected self.
“Pops,” she says, resorting to her usual term of endearment for the reporter. “I’ll be doing a mix of travelling, exploring, fencing, enjoying my comic-book collection and spending time with my loved ones.”