Documenting the effects of Systemic Racism in Quebec 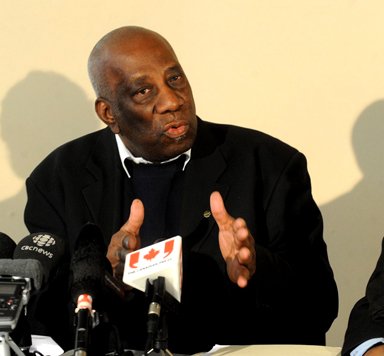 The Black Coalition of Quebec (BCQ) has completed a comprehensive overview of the situation faced by Blacks and other visible minorities in the province over the past three decades or so, and has determined that the provincial government has failed in its obligation to effectively deal with issues of discrimination, racism and integration.
The Coalition submitted a 90-page document to the ministry of Immigration, Diversity and Inclusion (MIDI), titled 30 Years of Recommendations and Studies for Non-Evidential Results: A Collective Failure, at the end of December 2017, as part of its mandate by the government to explore the issues of systemic racism in Quebec society.
According to Dan Philip, head of the Coalition, it’s now up to the government to show leadership in helping to change attitudes when it comes to the place of Blacks and other cultural communities in Quebec.
“People have to realize that Blacks and other minorities have sacrificed and contributed in the building of Quebec and Canada and in the process of doing so have suffered a lot of injustices, so they deserve to be recognized and respected for it,” he told the CONTACT. “That will only come from proper education.”
The government’s mandate to the BCQ and other individuals and groups from cultural communities to submit briefs on the issue of systemic racism follows its (the Couillard government) decision to squash planned province-wide consultation on the issue.
That decision came after an outcry from opposition parties and groups suggesting that those consultations would unfairly shine a spotlight on the province as racist.
So instead, the government refocused the consultations’ process calling it “the commission on valuing diversity and fighting against discrimination.”
Also sending Immigration and Diversity minister David Heurtel, and Minister of Employment and Social Solidarity, François Blais, on a cross province-wide tour to meet with groups from the cultural communities.
To complete its study the Coalition launched consultations last October followed by a series of meetings and workshops on the issues and drew evidence from more than a dozen witnesses all testifying on the debilitating impact of systemic racism on their lives.
The three-part document looks back on a long history of problems faced by Blacks and other members of the cultural communities in Quebec, compounded by recurring evidence of police malfeasants toward these groups.
It also analyzed the current socio-economic and political situation faced by Blacks and other cultural communities in the province in stories told by various witnesses. The process involved a compiling of evidence of negative perceptions of these minority groups, absence of equity in employment, discrimination in the education system and rigidity in the relations with police and the issue of religious neutrality in the province.
The document also looked at institutions such as the Quebec Human Rights Commission, Police Ethics Commission (Deontologie), Police Brotherhood and the media. And examined issues such as problems in integrating new arrivals and the treatment of victims of police abuse.
And it provided a laundry list of recommendations on incidents of abuse and injustices, many of which have been presented to the government in the past.
The document is available at the offices of the BCQ at 514-489-3830.