Dawn Tyler Watson to perform at A Taste of Tea 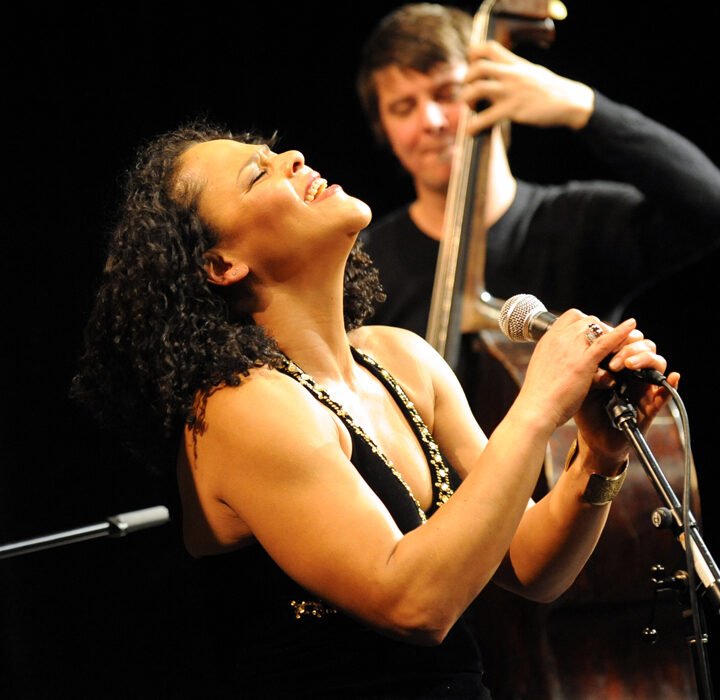 Dawn Tyler Watson has established herself as one of the city’s most accomplished performers and has earned her place among Canada’s Blues elite.
On Sunday, March 8, she will thrill audiences at the annual Taste of Tea evening as part of Playmas Montreal Cultural Association celebration of International Women’s Day and the presentation of the Women of Merit Awards to six outstanding entrepreneurs and professionals.
Watson who has also distinguished herself as an actor and songwriter has earned national and international recognition and commendations for her style, entrancing voice and stage presence.
She’s the recipient of three Canadian Maple Blues Awards, nine Quebec Lys Blues Awards, a Screaming Jay Hawkins Award for Best Live Performance (France), a Trophées France Blues for female International Artist of the Year, and a Canadian Folk Music Award nomination for Best Vocalist.
Born in England and raised in Ontario, she adopted Montreal as her home after earning her BFA in Jazz Studies and Theatre from Concordia University.
Over the years she has played in festivals and concert halls across four continents, recording three albums and appearing on numerous compilations. She has also shared the stage with an array of premiere artists, including Oliver Jones, Michel Danato, Jeff Healy, Koko Taylor, Susan Tedheschi, and Cyndi Lauper.
Her presence at the annual funfest is a treat to music-loving Montrealers who will be moved by her musical fusion of Jazz, Soul, Folk, Rock and of course her signature Blues.
Apart from the free flow of tea, including the all natural Tifidin Tea in all its rich, delicious flavors, the audience will be titillated with a Tea Cup competition, a mother and daughter fashion parade and lots of door prizes.
There will also be an array of delicious Caribbean delicacies… all of it punctuated by the scintillating sound of Montreal lady of song, Dawn Tyler Watson.