The western-aligned country is embroiled in conflict

One day after being declared the winner of the presidential elections and securing a 6th term, Chad’s President Idriss Debby died from 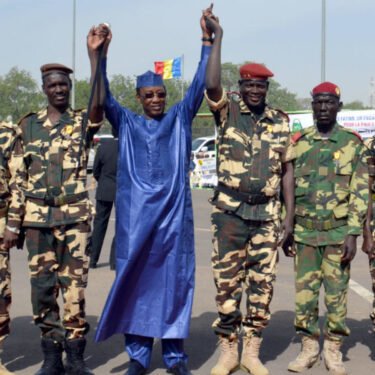 injuries sustained at the frontline. The Chadian security forces are engaged in – the north of the capital N’Djameana against the FACT rebels.
News of the death of Mr. Déby, 68, was broadcast on state television by a group of military officers, who also announced that the president’s son, Mahmat Kaka would succeed him and head a transitional military council that would lead to new elections in 18 months.
“The president of the republic, head of state, supreme head of the army, Idriss Déby Itno, has just breathed his last while defending the territorial integrity on the battlefield. It is with deep bitterness that we announce to the Chadian people the death this Tuesday, April 20, 2021, of the Marshal of Chad,” announced the army spokesman, General Azem Bermandoa Agouna, in a statement read on TV Chad.
The circumstances of Deby’s death remained uncertain leading some quarters to question the events leading up to the announcement, raising the question of whether the military handing over power to Deby’s son instead of following the constitutional provisions in place amounted to a coup.
Others raised fears of violence in the days to come. The government and National Assembly have been dissolved and a nationwide curfew was imposed from 6 p.m to 5 a.m.
Charles Idriss Deby joined the army in the 1970s when Chad was going through a long-running civil war. He received military training in 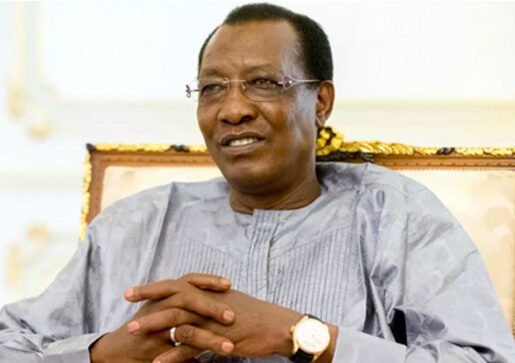 France and returned to Chad in 1978, throwing his support behind President Hissène Habré and eventually becoming commander in chief of the armed forces. Deby came to power in a rebellion in 1990 when his rebel forces overthrew President Habre, who was later convicted of human rights abuses at an international tribunal in Senegal.
He survived numerous coup attempts and power grabs.
Deby was revered across the country and he was heavily relied upon by the west in the fight against Islamist extremists in West and Central Africa including Boko Haram. His military is also heavily involved in the Lake Chad basin, securing the so-called “three borders” zone.
French Defense Minister Florence Parly expressed her condolences to the Chadian people, in a news conference with her German 21counterpart in Paris.
“What’s central to us now is that a process of democratic transition can be implemented and the stability of Chad preserved,” she said.
“For the rest, she added, French authorities need “a bit more time” to analyze the situation.
Earlier, the French presidency called Deby “a courageous friend.”
Chad is losing “a great soldier and a president who worked non-stop for the security of the country and the stability of the region for three decades,” it said in a statement.
In 2018, Deby spearheaded a new constitution that would have allowed him to stay in power until 2033. He was dealing with mounting public discontent of his management of Chad’s oil wealth and a crackdown on the opposition.
His death could mean heavy uncertainty for the central African country. It remains unclear if the military will stay loyal to Deby’s son and continue the effort to repel the advancing rebels as they did under his father.
The late Chadian President’s funeral ceremony is slated for April 23, at the Place de la Nation in the capital. The ceremony will then move to the Grand Mosque also in N’Djamena before his body is taken to Amdjarass city for burial.
Already, the Guinean head of state Alpha Condé and Mali’s interim president Bah Ndaw are in N’Djamena for the funeral ceremony. Other heads-of-states are expected to fly in on April 23.