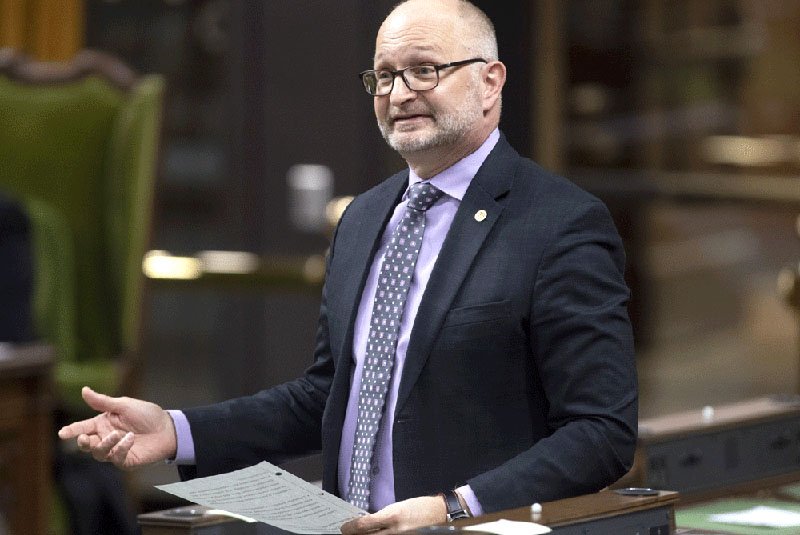 The Liberal Party of Canada has introduced a bill it believes will help address systemic racism in the criminal justice system.
If passed, Bill C-22 would amend the Criminal Code and the Controlled Drugs and Substances Act to get rid of mandatory minimum penalties for certain drug possession and firearms offences.
It would also allow for a greater use of conditional sentences and would require police and prosecutors to consider alternatives to laying charges in simple possession cases, such as redirecting people to addiction treatment or restorative justice programs.
Justice Minister David Lametti told CBC the goal of the legislation, introduced Feb. 18, is to target systemic discrimination against Black, Indigenous and other racialized minorities by easing penalties on first-time offenders who don’t pose a threat to the community.
“If we can keep them out of the criminal justice system, put them into the health system or other places for support, then we should do that,” he said.
Mandatory sentences are exactly what they sound like — penalties that judges are forced to impose on offenders who commit certain crimes.
Those who support them say they are tools to protect the public and that they make the sentencing process more equal. Those who oppose them say they are ineffective at deterring crime, that they erase cultural, economic, or social differences, and disproportionately affect racial minorities.
According to a government news release, between 2007-2008 and 2016-2017, Indigenous and Black offenders were more likely to be admitted to federal custody for an offence punishable by a mandatory minimum penalty.
In 2020, despite representing five per cent of the Canadian adult population, Indigenous adults accounted for 30 per cent of federally incarcerated inmates. In 2018-2019, Black inmates represented 7.2 per cent of the federal offender population but only three per cent of the Canadian population.
Lametti said he has been working on these measures for the last two years.
In addition to taking the focus off punishment through imprisonment, the government expects that eliminating the mandatory minimum penalties will have a positive impact on the victims of the targeting drug and weapons offences.
Mandatory penalties lead to longer and more complex trials and a decrease in guilty pleas, which compounds the impact for victims, who are more often required to testify.
When asked how the bill addresses the pain sometimes caused by police and prosecutors using their discretion, which this bill empowers them to do, Lametti said much of the hurt is caused by the system itself.
He said he believes training police, prosecutors and empowering community justice centres to provide alternatives will lead to positive results.
Many of the mandatory minimum sentences on the books today are holdovers from Stephen Harper’s time in government, introduced as part of his tough on crime agenda.
The bill would not eliminate the mandatory minimum sentences on the books for murder, high treason, sexual offences, impaired driving offences and some firearm offences.
The reforms introduced in Bill C-22 are part of an ongoing effort by Trudeau’s cabinet to address systemic racism in Canada.
In addition to Lametti’s efforts to reform the legal system, Employment Minister Carla Qualtrough and Immigration Minister Marco Mendicino are to look making improvements to the temporary foreign worker program, and Public Safety Minister Bill Blair was to explore modernizing policing structures and updating standards regarding the use of force.