Camille Cosby knew that they had it in for Bill 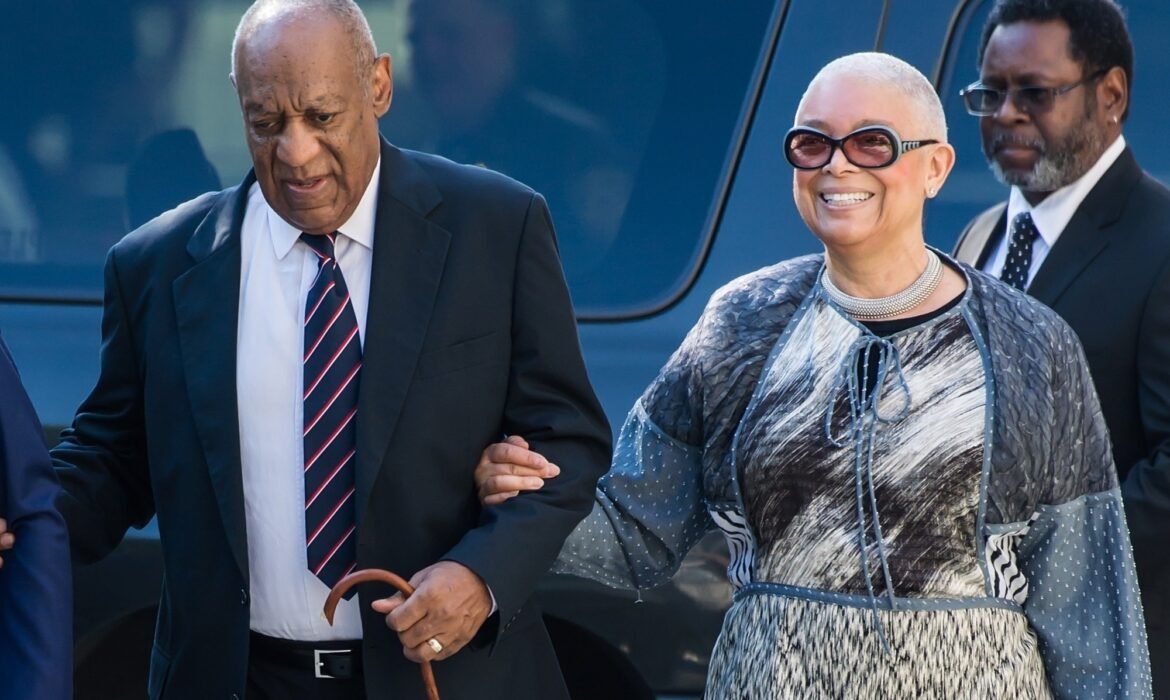 Comedian sentenced to three to 10 years in prison

It’s hard to believe that Judge Steven O’Neill of the Montgomery County Courthouse in Pennsylvania could keep a straight face when he sentenced Bill Cosby to three to 10 years in prison for the 2004 sexual assault of Andrea Constand, a Canadian woman.
More than 60 women came forward and accused Cosby of different forms of sexual assault.
In handing down the sentence, the judge was relentless in his demonization of the iconic comedian/actor ascribing him “a sexually violent predator,” and forcing him to undergo monthly counseling for the rest of his life and placing his name on a sex-offender registry sent that will be widely circulated.
Cosby is 81-years-old and appears to be partially blind and unable to move around with assistance.
In a country where a little less than one in five rape cases make it to trial and less than 50% of those end in a conviction. We know that the authorities worked hard to get Bill.
And Judge O’Neill’s seemingly heavy-handed sentence and “sexual predator” designation is adequate evidence of systemic bias and vindictiveness.
And that has nothing to do with Cosby’s guilt or the moral question.
It’s just the way America treats successful Black men when the opportunity arises.
A lot of proper-thinking people know that.
And it’s certainly not lost on one of the most obvious victims in this scandal: Camille Olivia Hanks Cosby, who has been married to the comedian for the past 55 years, almost.
And who, throughout the entire period of Bill Cosby’s accusations, trial and conviction, remained what she has always been: a picture of grace, strength and beauty.
Camille, a noted businesswoman, author, television producer and philanthropist has never turned her back on the man she met while she was a psychology student at the University of Maryland.
“The man I met, and fell in love with, and whom I continue to love, is the man you all knew through his work. He is a kind man… and a wonderful husband, father and friend,” she said in a statement four years ago.
And more than most of us she has been able to see through the sham that is leading her husband to spend the rest of his life behind bars.
In May, following his conviction, Mrs. Cosby released this definitive statement:

“We the people” are the first three words of our nation’s Constitution, but who were those people in 1787? Dr. Howard Zinn, the renowned, honest historian, states in his best-selling book, A People’s History of the United States: “The majority of the 55 men who framed the Constitution were men of wealth in land, slaves, manufacturing or shipping.” Clearly, most people were not included in that original draft of the Constitution; no women, Native Americans, poor white men; and, absolutely, no enslaved Africans.
What have the masses of people done who are treated as outcasts by “we the people”? They, through the purity of the unceasing human spirit, forced 27 amendments to the Constitution that have guaranteed fundamental rights to all people…finally doing what the framers should have done in 1787.
Now enters an American citizen, Bill Cosby. The overall media, with their frenzied, relentless demonization of him and unquestioning acceptance of accusers’ allegations without any attendant proof, have superseded the Fifth and Fourteenth Amendments, which guarantee due process and equal protection, and thereby eliminated the possibility of a fair trial and unbiased jury. Bill Cosby was labelled as guilty because the media and accusers said so… period. And the media ensured the dissemination of that propaganda by establishing barricades preventing the dissemination of the truth in violation of the protections of the First Amendment. Are the media now the people’s judges and juries?
Since when are all accusers truthful? History disproves that…for example, Emmett Till’s accuser immediately comes to mind. In 1955, she testified before a jury of white men in a Mississippi courtroom that a 14-year-old African American boy had sexually assaulted her, only to later admit several decades later in 2008 that her testimony was false. A more recent example is the case of Darryl Hunt, an African American who in 1984 was wrongfully convicted for the rape and murder of a white woman, only to have DNA evidence establish in 1994 that he did not commit the crime. Nonetheless he was held in prison until 2004, serving almost twenty years behind bars, until the true rapist confessed to the crimes. These are just two of many tragic instances of our justice system utterly and routinely failing to protect African Americans falsely accused in so-called courts of law and the entirely unfair court of public opinion.
In the case of Bill Cosby, unproven accusations evolved into lynch mobs, who publicly and privately coerced cancellations of Bill Cosby’s scheduled performances; syndications of “The Cosby Show”; rescissions of honorary degrees and a vindictive attempt to close an exhibition of our collection of African American art in the Smithsonian Museum of African Art. Although the Smithsonian’s hierarchy did not capitulate, a disclaimer was posted on the exterior of that Museum. And all of that occurred before the trial even started.
The worst injustices, however, have been carried out in the Pennsylvania Montgomery County Courthouse. Three criminal charges, promised during an unethical campaign for the district attorney’s office, were filed against my husband…all based on what I believe to be a falsified account by the newly elected district attorney’s key witness. I firmly believe her recent testimony during trial was perjured; as was shown at trial, it was unsupported by any evidence and riddled with innumerable, dishonest contradictions. Moreover, Bill Cosby’s defense team introduced the testimony of a witness who confirmed that the district attorney’s witness admitted that she had not been sexually assaulted, but that she could say she was and get money … which is exactly what she did.
I am publicly asking for a criminal investigation of that district attorney and his cohorts. This is a homogeneous group of exploitive and corrupt people, whose primary purpose is to advance themselves professionally and economically at the expense of Mr. Cosby’s life. If they can do this to Mr. Cosby, they can do so to anyone.
How much longer will we, the majority of the people, tolerate judicial, executive, legislative, media and corporate abuses of power? We, the majority of the people, must make America what it has declared itself to be…a democracy…not to be destroyed by vicious, lying, self-absorbed paradigms of evilness.
Once again, an innocent person has been found guilty based on an unthinking, unquestioning, unconstitutional frenzy propagated by the media and allowed to play out in a supposed court of law. This is mob justice, not real justice. This tragedy must be undone not just for Bill Cosby, but for the country.
I wish to thank the witnesses who courageously came forward at trial to testify as to the truth, as well as those witnesses who would have done so but for the judge preventing them from testifying. Someday the truth will prevail, it always does.