Advertise with Us
Home News Community News Call her BellA 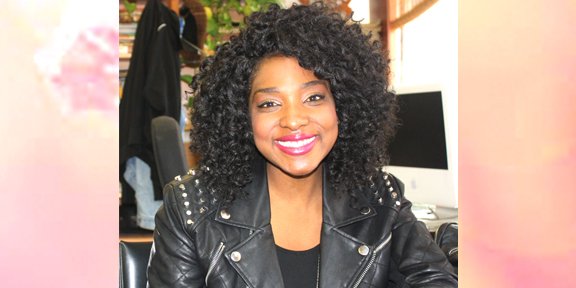 Meet BellA Forté: She is a young 30-something-year-old with a Communications degree out of Concordia University, who’s not quite ready for the corporate boardroom.
That’s because BellA, as she prefers to be called, is too busy thrilling audiences here, and in far-off venues around the world, with a musical package that drips with soul, funk, jazz and “the spicy Creole rhythms of Kompa” from her beloved Haiti.
Those who have seen her on stage at Metropolis, House of Jazz and Upstairs Bar Jazz & Grill, or at outdoor festivals in LaSalle or Laval or St. Constant, know she’s the real deal.
With a voice as sultry and engaging as Aretha or the modern-day Jill Scott and a style reminiscent of none other than Tina Turner, the Montreal-born artiste who has also graced stages in far-off places like Hong Kong and Singapore is constantly seeking ways to up her game.
That’s why she decided that the time is right, now, to release her first EP with four songs, all originals, which she describes as “soul searching” and drawn from a reservoir of emotions stored up from life experiences.
“After so many years of covering other people’s… just being an interpreter of the lyrics of others, I decided the time is right for me to put my words on the scene and be seen for what I am, a singer-songwriter.”
And the hope is that it will open new doors for her simmering career.
“My goal is to produce something that will help me present my music to an agent or into the hands of one of the big music labels and get me the support I’ll need to make it grow into an album.
“It’s what you have to do as an independent artist and entrepreneur.“
After five years on the move and building her career to what it is today, BellA is at a good place in her life and feels primed to take on this project.
She says she is drawing from a lifelong passion for the stage, which was stoked when she was about five years old as she sat with her mom to watch the Grammy Awards and saw Whitney Houston take the stage.
“That was it for me, the way the beautiful Black woman commanded that stage. The way she delivered that song. I was completely blown away. I was singing ‘I’ll Always Love You’ for the next several days, non-stop.”
Such was her unbridled enthusiasm, that her mom enrolled her in singing classes, which eventually unleashed the performer in her. By the age of 22, she was on the road showcasing her talent to audiences across Montreal and beyond. Although she performs mostly in English, she also does her thing in French, her mother tongue.
All of which, she says, have brought her to now.
“I’m really feel that this is the right time in my life to be doing this project, “BellA told the CONTACT at a recent sit down at our offices. “And I’m a little excited to see where the singer-songwriter side of me will lead to in the future.”
She says the soon-to-be-released EP, ‘Hear Me Out’ is an offering of the experiences she has accumulated along the way in her musical journey, with tracks that also include ‘Go’, ‘Where Did The Love Go’ and ‘Sunshine.’
“I think everyone will be able to relate to the backbone of these four songs: life, love, deception, pain and eventually survival.”
And at the center of it all is the emotional overload of relationships.
This is an EP for the purist, those who love music the way it was delivered on those memorable albums of Stevie Wonder and Aretha Franklin.
“It was all done live in the sense that all the musicians were present, playing through the entire songs.”
To get the best out of this project I was fortunate to work with Joel Campbell, the musical arranger connected to Marcia Bailey and Imani Choir whose list of clients also includes Janet Jackson as well as Tina Turner.
Together, Campbell and BellA were able to muster a few of Montreal’s top recording musicians including Alexandre Lapointe, leader and bassist of The Brooks to add to the final touches of the project.
BellA extends and invitation to all music lovers in Montreal to join her and her impressive roster of musicians on Thursday May 31st for the launch of Hear Me Out at Club Petit Campus, 57 Rue Prince Arthur E, Montréal, QC H2X 1B4. The $10 ticket price includes the CD or a download code for the EP. Tickets are available online or at the door on the day of the show.