Boom J’s on the move with 2nd location 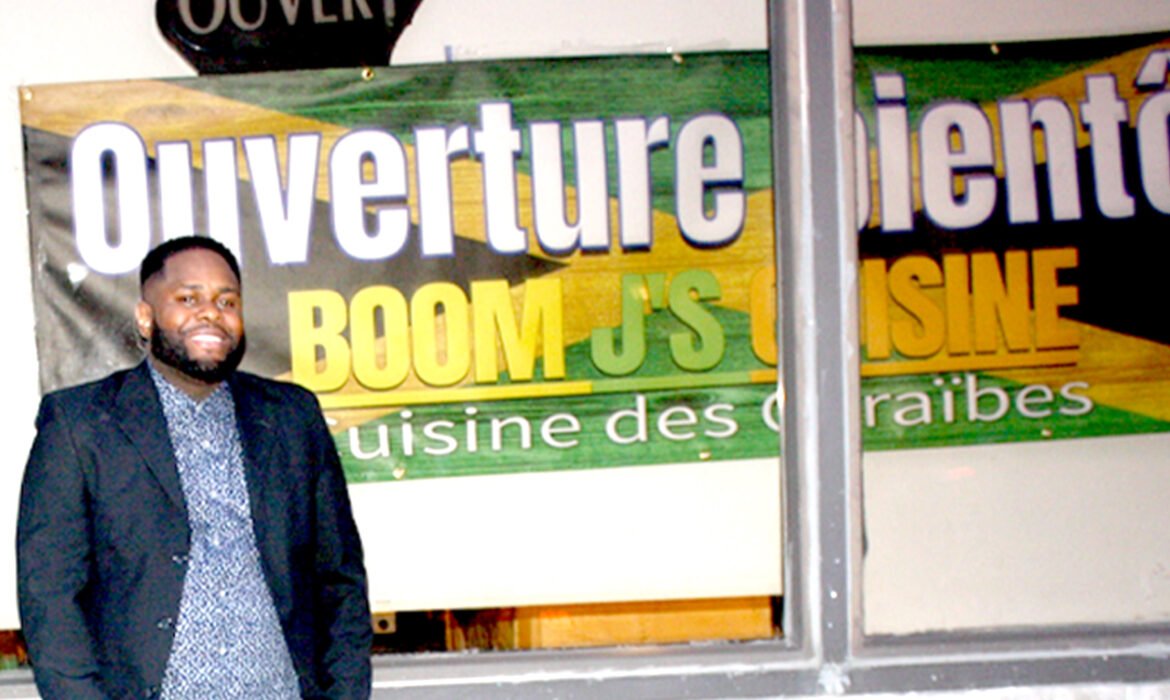 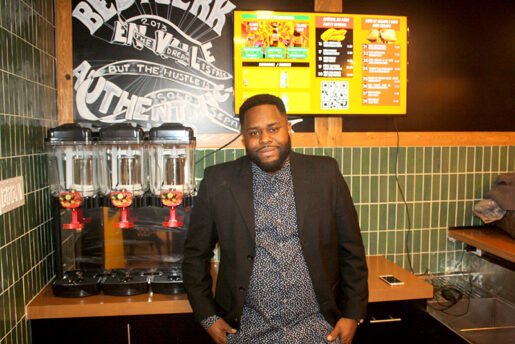 You’d have to forgive Jermaine Wallace for being overwhelmed in the moment. You see it was difficult for him to contain himself when he stepped into the new location of Boom J Cuisine for the first time on the evening of Saturday, April 11, seeing it for the first time since putting into the hands of interior designer Vasthy Jean-Paul of YNV Lifestyle Inc.

“The place looks amazing,” he remarked. “It’s beyond what I could’ve ever imagined but it (conveys) the message that I’d like to send out to my community that we should aspire to go to the next level.”

The new place, located at 6244 Monk Blv’d, Ville Emard, comes about a decade after Wallace opened up Boom J’s on Wellington street in Cote St. Paul and built it into a resounding success with a take-out menu of scrumptious Caribbean dishes including a jerk-chicken platter many swear by.

“This new location provides for a dining-in experience with seating for about a dozen or so diners in what I think is a beautiful and cozy atmosphere,” he told the CONTACT. “The menu is the same but I think this new design and layout is something our community should be proud of.”

Surrounded by friends and relatives as well as co-workers and supporters, Wallace was beaming with pride as he showcased the place.

“Initially my plans were to just do the basic renovations and open up a regular restaurant, but I followed the advice of people close to me and decided to go another level in offering clients to dine in a nice environment as well offering them something different.” 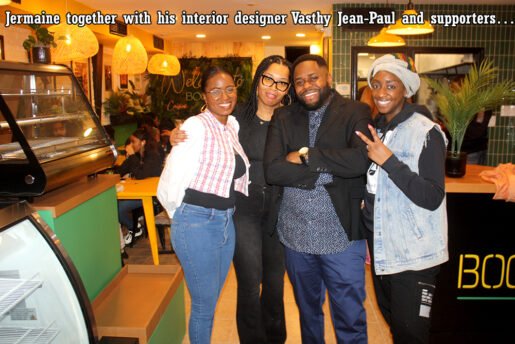 The spot also houses a mini grocery section which carries a range of products including their newly launched Boom J’s line of spices such as hot sauce and jerk seasoning as as well as Boom J’s drinks and juices and clients can also pick up fresh coconuts and other fruits that are “in season.” 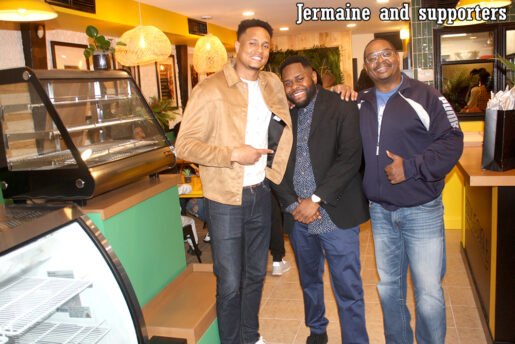 Wallace, who followed his dreams and launched Boom J’s Cuisine with a $15,000 line of credit almost ten years ago, says with the opening of this new location, his dream continues to unfold.

“It’s what I’ve always wanted to be in a position to take what we have to offer in terms of food and service into different neighbourhoods across Montreal,” he says, in a voice dripping with emotions. “Again, my goal is inspire others to make their dreams happen.”

Boom J’s Cuisine, new
location 6244 Monk will be opened to serve
Montrealers on May 1. 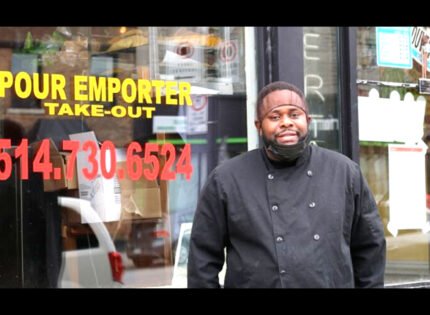