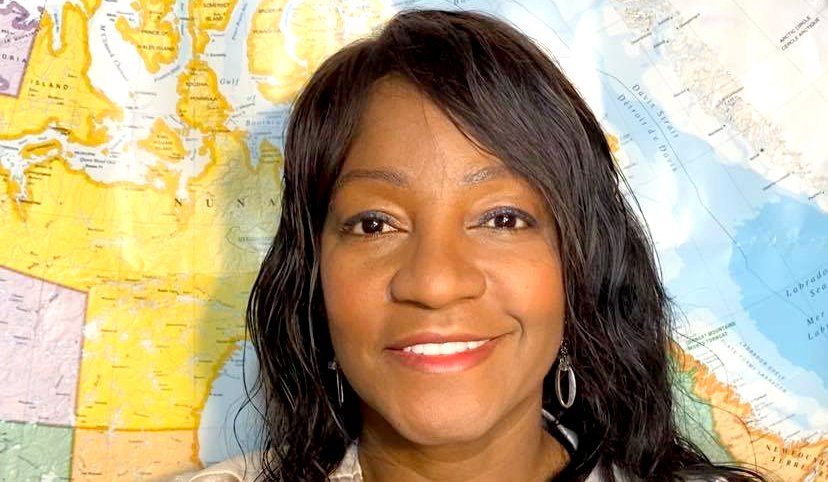 Twenty six years at a school with strong community links

After more than a quarter-century standing in front of her class at Coronation Elementary School in Cote des Neiges, today, Ms. Betty Constant remains as passionate in sharing her love for the French language with her students as she was in September 1993, her first day on the job.

And there’s a reason why she hasn’t left the neighborhood.“I love the community and the relationship that I’ve had with the children and their parents over the years. Also, they need representation, ” she says, switching effortlessly from English to French and back.
She teaches the French Immersion kindergarten class of 5-to-6 year-olds.

Mme. Constant who earned her Bachelor’s of French second Language Teaching at the University of Quebec at Montreal started teaching under the guidance of Ms. Beverly Townsend, the iconic principal of the school when it was located on Vezina Street.

She says over the past decade and a half, she has had the privilege of witnessing generational change at the school and in the area.
“Today, I’m teaching the children of students that I’ve taught twenty-something years ago and it’s very interesting to be part of that (evolution,)” says Mme Constant, who also taught at the Quebec Board of Black Educators’ BANA summer school program.

She says with the changing of generations came inevitable changes in teaching as well as learning.
One of the more significant changes that she has had to adapt to as a teacher is holding the attention of today’s students.

Buzzwords are key.“It must be about “fun…” they want to hear that it’s a “game…” and that they’re going to “play…” and all of it must be said with a big smile with the use of colorful images.”
The tools of teaching are a lot different also.

“It’s a dramatic difference from the past when there were little or no technology involved in teaching. Back then our main tool was the Blackboard and chalk. Today I use one of the blackboards to hang posters and use the other one may be to write the date.”

She says they have given way to smartboards, laptops, and I-Pads. “The truth is because these kids have computers, I-Pads, cell phones, and other devices at home, they are usually ahead of the teachers when it comes to online technology.”

And it’s the reason why she is pushing to bring another level of digital technology to her classroom.
Ms. Constant says she was introduced to Bee-Botts as a teaching resource after attending an EMSB workshop “Training for Robotics & Programming” and is convinced that “this technology tool will help my students be engaged and motivated in their learning.”

Bee-Bots are marketed as an ideal form of digital technology meant to introduce students to coding and computational thinking. Ms. Constant says she hopes to have the tiny robots at the disposal of her 5–and-6-year-olds to assist with their French, mathematics as well as logical reasoning, and motor skills.
She admits that with the introduction of new technologies to the classroom comes the challenge of many educators having to adapt to and learn.

Fortunately, she says Coronation School has many teachers who are skilled at technology and who are prepared to take their lunch hour to help their colleagues… so in the end, it’s all good.
“Teachers working together as a team diminishes the stress and makes teaching more fun.”
Maybe it’s the technology, maybe it’s her capacity as a teacher but Mme Constant says the path to bilingualism appears to get easier for young students these days.

“They come in September speaking English and after (being immersed) in the French language for a month or two, they are almost fully bilingual by November because at that age they are like sponges absorbing everything.
I think it’s wonderful for them because it’s a privilege having another language and in Canada, the French language is a tool that you need. ”

In speaking to Mme Constant about her 26 years as a French Immersion teacher at a school that has strong links with our community, the one thing most evident is her lingering passion for the job as well as for her students, parents, and fellow educators.

And even as she navigates the daily restrictions and confusions brought on by COVID-19 with a class full of 5 and 6-year-olds, her desire and zest to help prepare them for better futures remain as heightened as it was in September 1993. “I think it’s important for me to be here,” she says, with her delightful laughter putting an accent on the conversation.