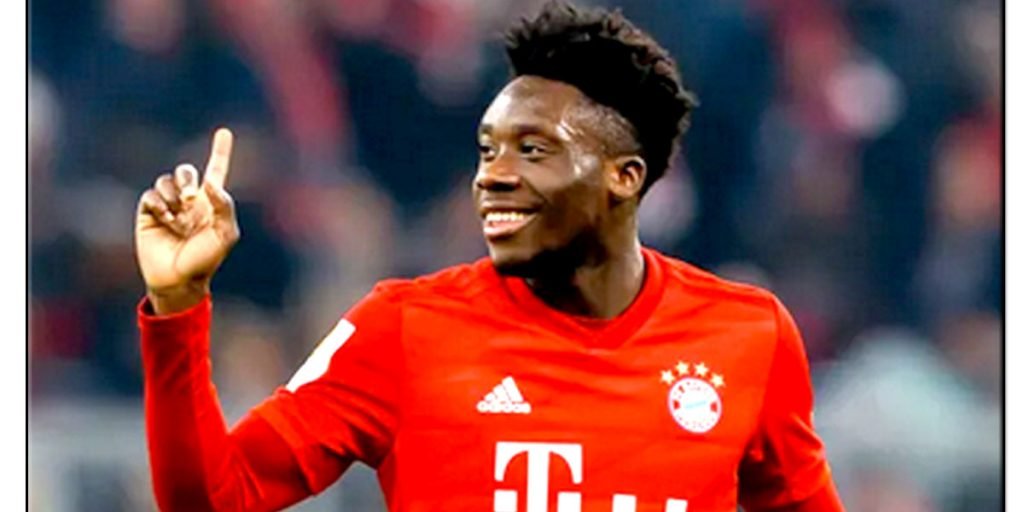 Africa’s gift to Canada and the soccer world

He is only 20 years old but already Alphonso Davies boasts a track record that would be the envy of many soccer players.
Moving to this country as a child of refugees from Liberia, no one could have anticipated that he would become Africa’s gift to Canada and to the soccer world.
His time in in the Bundesliga with Bayern Munich since 2019 has seen him reach to the top of the German Bundesliga league where he was named Rookie Of The Year in his first season.
His talent on the pitch is one thing. He is also hailed as one of the fastest players in the league.
The young prodigy broke the speed record on June 16 when he raced at 36.51 km per hour to catch another, which is the highest speed ever recorded in the Bundesliga.
After just one year, Davies who plays as a left back, has become almost indispensable for Bayern Munich, one of the top soccer teams in the world, helping them win the championship trophy this year, the 30th time for the team in the Bundesliga and for the 8th consecutive year. His contract with the team carries through 2023.
Davies is the son of Liberian emigrants who fled the second Civil War in their country to seek asylum in Ghana. He was born in a refugee camp and lived there until he was five years old when his parents were granted an opportunity to move to Canada.
His extraordinary talent and love for soccer were soon discovered while in high school in Edmonton. And it quickly became evident to his coaches that his talent would take him places.
First stop was Vancouver where he signed his first professional contract with the White Caps in MLS at the age of 15, becoming the 3rd youngest player in the league’s history in April 2016.
He showed his worth quickly, scoring his first his first professional goal for the youth team on May 15, 2016, making him the youngest goal scorer in USL history.
On June 1, 2016, he made his first team debut. During the 2016 season Davies played in eight MLS games, four Canadian Championship games and three games in the CONCACAF Champions League.
By 2018, Davies was in full bloom. He was named the Vancouver Whitecaps FC Player of the Year and also received the Whitecaps’ Goal of the Year award. Also he was named to the MLS All Star team
In his final game for Vancouver on October 28, he scored both goals in a 2–1 win over the Portland Timbers.
Davies made his debut for Canada’s senior team in the friendly against Curaçao on June 6, 2017, at the age of 16, making him the youngest player to play for the national team.
Then went on to dominate the 2017 Gold Cup, winning the Golden Boot as the tournament’s top scorer, the Young Player of the Tournament award, and was included in the tournament’s Best XI selection.
In October 2019, Davies would helped Canada to their first win over the United States in 34 years, scoring the opening goal of their CONCACAF Nations League match, which ended 2–0.
Today, still at the dawn of what will be a brilliant career, Alphonso Davies remains a bright light in the world of soccer and a beacon for those seeking a way out of what may look like daunting circumstances.