The subject of undocumented migrants seems to be a game of political ping-pong in Israel. Despite its long history as a refuge for persecuted Jews, Israel has almost no legal provisions for non-Jewish immigration. On Tuesday, April 24, for the second time Israel cancelled the plan to deport thousands of African asylum seekers.
After allegedly failing to reach an agreement with a ‘third country’ the government, through a letter to the Supreme Court, said that the deportation was “no longer on the agenda.”
The deportation plan attracted a wave of criticism from Holocaust survivors and parts of Israeli civil society.
The United Nations went as far as condemning Israel’s initial plan to deport its African asylum seekers as being unsafe and poorly executed.
The Israel-based Hotline for Refugees and Migrants group welcomed the annulation and described Israel’s deportation laws as a “moral failure.”
“Forced deportation should never have been an option, and we are relieved to see that other countries were not willing to participate in Israel’s plans to forcibly deport asylum seekers,” the group said in a statement on Facebook.
Most of the African migrants in Israel are from Eritrea – a one-party state whose leaders have been accused of crimes against humanity by a UN inquiry – and war-torn Sudan. Most of them came into the country by foot through Egypt several years ago, and walked through the Sinai desert before a new fence was built along the desert border.
Israel considers most of the 35,000 African migrants to be “infiltrators” and claims it has no legal obligation to keep them.
Thousands live in poor neighborhoods in Tel Aviv where local working-class Jewish residents have complained about their presence.
However, the cancellation of the deportation still leaves the migrants in a state of limbo undocumented and in Israel, with no visible permanent solution.

On the rise to be Africa’s largest growing economy

In spite of the country’s political unrest, Ethiopia’s economy is booming. According to the global surveyor, the International Monetary Fund (IMF) things are only going to get better. The IMF released the economic forecast of 2018, and Ethiopia was ranked as the top country with the most potential for growth.
Ethiopia’s gross domestic product (GDP) is estimated to have rebounded to 10.9% in the financial year 2017. This is largely due to the rapid growth of the agriculture, construction and service sectors.
Positive trends are being seen through poverty reduction.
According to the World Bank, in 2000 55.3% of Ethiopians lived in extreme poverty, by 2011 that number had reduced to 33.5%. This figure is projected to further decrease as the government implements the second phase of its Growth and Transformation Plan (GTP II). GTP II, which will run to 2019/20, aims to continue work on physical infrastructure through public investment projects, and to transform Ethiopia into a manufacturing hub. Her railway system has been hailed as the best in Africa, as it is the first modern light railway (tram) system in the Sub-Saharan region, demonstrating the successful and tangible manifestations of China–Africa economic relations on the continent.

King Mswati III of Swaziland announced that he was renaming the country, “the Kingdom of eSwatini.”
Speaking at the country’s 50th anniversary celebrations on Thursday, April 19th, the Monarch stated, “I would like to announce that Swaziland will now revert to its original name. African countries on getting independence reverted to their ancient names before they were colonized. So from now on the country will be officially known as the Kingdom of eSwatini.”
The name, eSwatini, means “land of the Swazis.”
He explained that the name had caused some confusion, continuing: “Whenever we go abroad, people refer to us as Switzerland.”
The opposition, which believes the King should put his focus on the improvement of the nation’s low economy, has largely criticized this change.
“We see here King Mswati’s autocratic style,” said Alvit Dlamini, head of the Ngwane National Liberatory Congress, a political party that, like others in the country, is not allowed to run in elections. “He can’t change the name of the country on his own. He was supposed to consult the nation.”
However, Home Affairs Minister Princess Tsandzile Dlamini maintained that the renaming process would be done “cautiously” to prevent high costs. 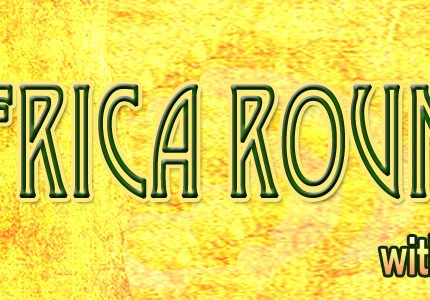