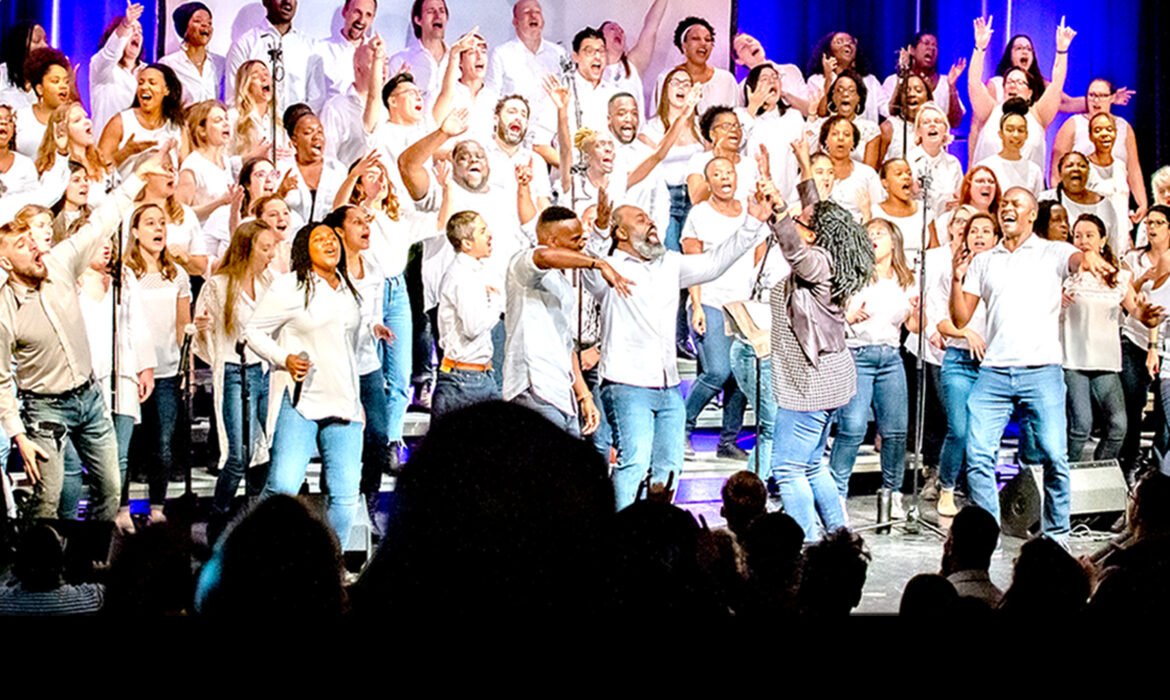 Holiday music lovers are in for another seasonal treat as Jireh Gospel Choir and Montreal Gospel Choir (MGC) return to the concert circuit for what is expected to be two exciting shows on Saturday, December 10, at 3:00 pm and 8:00 pm at the Salle Pierre-Mercure 300 de Maisonneuve Blvd. E.
This year more than 80 singers backed by five musicians under the direction of Carol Bernard, and audiences can expect the usual high-energy, musically scintillating concerts that have come to define the two choirs.
Bernard assures fans that they will leave filled with “the joy, love, hope, and peace of this special season.”
Jireh Gospel Choir’s music is defined by authenticity, fun, and depth, in the purest gospel tradition and moves from from Negro spirituals to hip-hop.
They are coming out of an exciting summer having thrilled crowds at the 2022 Montreal International Jazz Festival.
In pre pandemic 2019 they also shared the stage with the Montreal Symphony Orchestra for a series of Christmas concerts, which were broadcasted on Radio-Canada Television.
Jireh also opened for Kirk Franklin at the Bell Center, and was awarded They have also earned a Gospel Album of the Year by the Gospel Music Association Canada their album “Get Up”.
Over the years Jireh has been travelling extensively throughout Quebec, to the rest of Canada, the United States, and France and Italy sharing their love for gospel music and spreading its contagious energy.
They will be sharing the stage with the 70-voice Montreal Gospel Choir, which was launched in 2011. The group is made up of a cross-section of Montrealers from various cultural backgrounds as is known to bring a contagious energy to every performance.
According to music director Bernard, “goose bumps are often associated with these performances.”.
The invitation for Montrealers to join them for these two concerts comes with special relevance this year following the challenges of the past two years.
According to Bernard: Gospel music comes with special vibes and has a way of “uplifting your spirit.”

For tickets go to: www.montrealgospel.com