A Musical Tour-De-Force on Stage 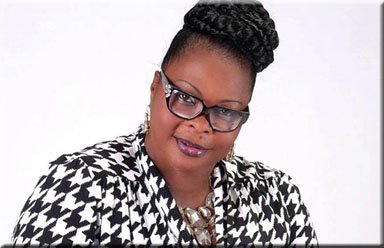 Evangelist Bridget Blucher back in town on April 16

As always, Evangelist Bridget Blucher will bring a powerful presence when she comes to Montreal on Saturday, April 16, at the House of Prayer for All Nations, located at 4119 Blvd. De Maisonneuve Ouest.
In a city with a fan base that’s loyal and enthusiastic, it’s always a celebration of love when the St. Vincent-born Evangelist and entertainer takes to the stage. She has a repertoire of hits that have made her one of the most sought after Caribbean-style Gospel performers on the planet.
Over the years, she has performed on every continent with every major star in the industry and won multitudes of awards for recordings and performances that are as captivating as they are exciting.
After more than three-and-a-half decades on the circuit, Evangelist Blucher is still a force to be reckoned with on stage.
She will be here to headline the Hands of Blessings & One Accord Promotion inaugural concert and will share the stage with special guests, including The Chitans, Nicolette Priscilla Findlay and Penny Charron. The show gets under way at 6 p.m.
Info. Call Huelette at (438) 345-2097 or Judy (514) 249-6432.