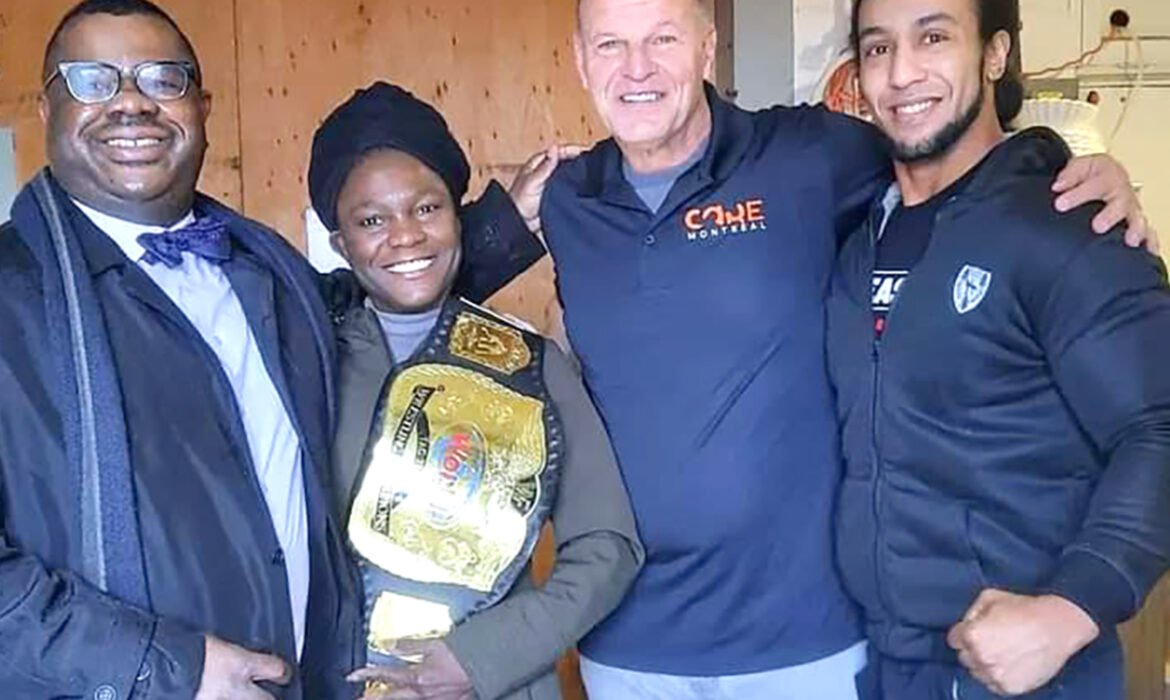 On August 14, wrestling fans get an opportunity to enjoy an evening of bumps, falls and theatric athleticism as well as the music of Mireille Philosca and Moshe Guerrier at Club Soda in downtown Montreal.
The event is being staged by the Jacques Rougeau Wrestling Academy and will feature some of the best wrestlers from Quebec and Canada scrapping for an opportunity to win $5,000 and a three months free training at the Nightmare Factory one most prestigious wrestling schools in the United States America where they will be trained by none other than QT Marshall.
Montrealer Jeremy Prophet, whose real name is Jeremy Barnoff, an exciting local wrestler be featured at the show.
Music lovers are also in for a treat because Philosca, a local sensation will sing the Canada National Anthem accompanied by Moshe Guerrier on the piano.
They will also perform during the intermission of the show.

You can buy tickets now by contacting Moshe Guerrier: 514-830-6513 or by contacting Jacques Rougeau by email: jrougeau@jacquesrougeau.ca