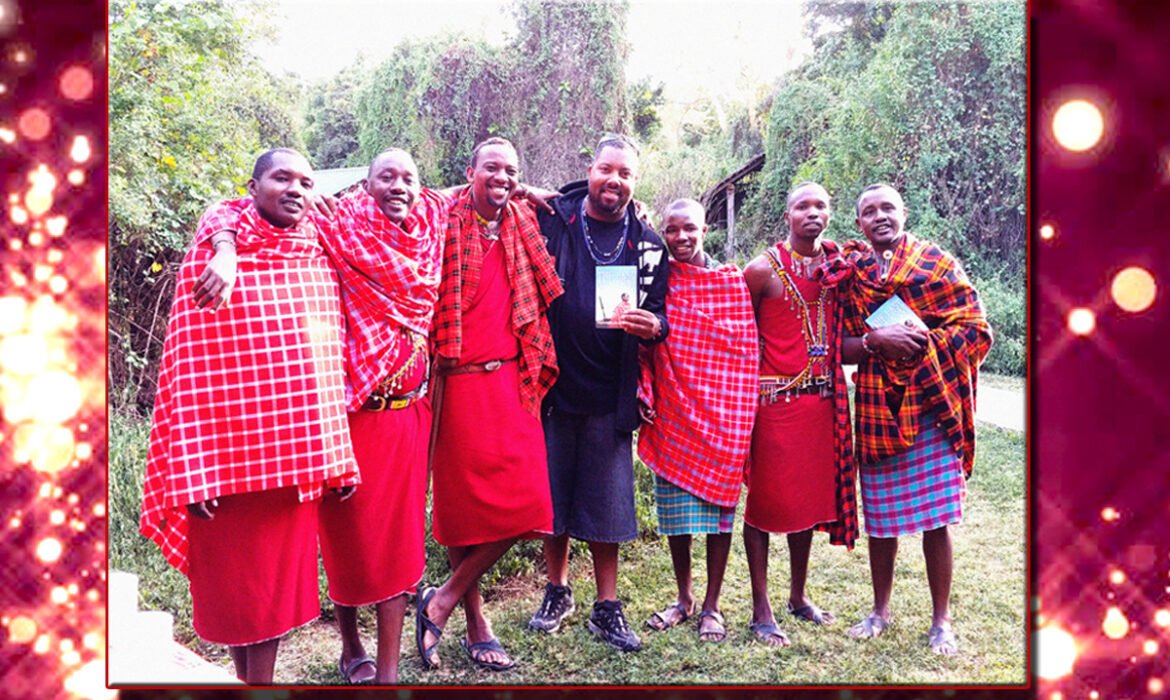 Trip to Africa was an experience of a lifetime

Standing with his bare feet planted in the earth and looking into the star- covered night in the savannah grasslands of Kenya, Todd Smith was undergoing a mental metamorphosis that would leave his life forever changed.
The young Montrealer was at the Bogani Camp interacting with the Maasai, a community of pastoralists and nomads found in Kenya and Tanzania.
For Todd, who has lived all his life in Canada, it was a spiritual moment, one that he knew he wanted to relive over and over again.
“I have to go back,” he says in an interview with the CONTACT. “The whole experience of being in Africa is something I have kept close to me, unpacking it slowly over the past year.”
Adding that next time he goes it has to be with his son.
Smith, a community activist, Urban music performer and high school counselor spent eight days in Kenya as part of a community outreach initiative sponsored by Royal Bank of Canada and WE.Org.
He was one of 50 RBC employees to make the trip.
While there he participated in several community building projects including helping to build a school and helping to provide a clean water source.
He says what he valued just as much as the work that he had to do was interacting with students and other young people, even providing them with some of his insights in songwriting, singing, dancing and performance.
He says the Africa experience gave him a paradigm shift. After witnessing how hard the people work and their abilities totally gave me a brand new take on life.
He talked about the strength and perseverance of some of the women he met, even walking with them on their water runs, marveling as they carried over 10 liters of water on their backs over a four kilometer stretch.
Smith says he was one of 50 chosen for the trip out of a pool of 3000 employees because of his work at the bank and the work he has been doing in the community, among the youth in LaSalle.
He says the opportunity to do it came at an opportune time because a few months before that, he had been wrestling with the idea of leaving his corporate job in order to give his undivided attention to his community ventures.
But just as Murphy’s Law would have it his manager at the Royal Bank of Canada (RBC) nominated him for the Global Citizenship award, which he won for his outstanding work at the bank, and he was chosen to make the trip.
A year after his Africa experience he says he feels reinvigorated about his work in the community, especially among the youth.
And finds himself investing more of himself and efforts in his work as an elementary and high school counselor with the Lester B. Pearson school Board.
“Caring, encouraging, motivating, supporting, mentoring, coaching connecting, and building with the youth in the schools, lights up my life and I learn so much from them,” Smith says.
Also, as a performer and stalwart of the urban music scene in Montreal Todd has built a strong platform for local artists and youth to have a voice and an outlet through his weekly radio show called “Smitty In The Citty” that he has been doing since February of 2014.
He says he still writes all his own songs and records music, and was the guest performer at LaSalle Elementary Junior and Senior schools in LaSalle this February for Black History month.
“I took a long time off from making my own music, but it feels great to be back to it” he says. He is looking forward to detailing his experiences in Kenya and his new lease on life in his upcoming future projects.
He recently started a weekly afterschool music program at LaSalle Community Comprehensive High School where he helps students focus on self-expression through song writing, singing, rapping, dancing, and performing.
Tireless in his community involvement, Todd brings some of his dynamism and entertainment mojo to the Dawson College AAA Divison 1 Women’s and Men’s home basketball games as the game announcer. He has been doing it for the past three years.
In addition to all that he does in his community, Todd remains a dedicated and loving father and family man.
Todd Smith is available to host music sports or cultural events across Montreal and beyond. Reach him at 514-663-7689.