Advertise with Us
Home News Community News The Rev. Jesse Jackson continues to lend his voice

The Rev. Jesse Jackson continues to lend his voice 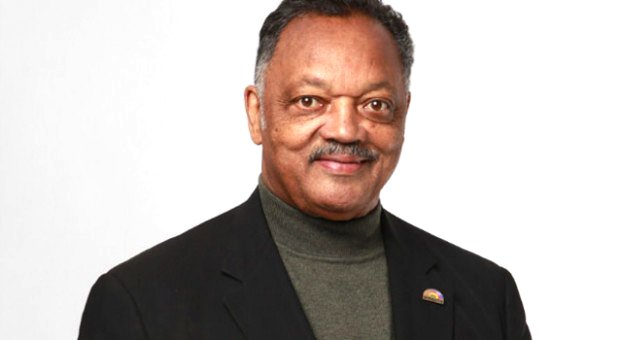 He was there. 50 years after the murder of Dr. King

In a lifetime dedicated to the struggle for civil rights and against all forms of injustices, the Reverend Jesse Jackson has taken all that America can throw at him and is standing. But is looking at the antics of the Trump administration and sees these days as “dangerous days” for African Americans and other minorities in the U.S.
Speaking to Montreal broadcaster and journalist Chris Heron from Memphis, Tennessee, where he was attending events for the 50th anniversary commemoration of the assassination of Rev. M.L. King, Jr. Jackson points out a litany of transgressions by President Trump and his administration that are impacting negatively on African Americans, such as “race bating and the appeal to racial fears coming from the president,” as well as increasing segregation in housing, education and political configurations.
He also talked about the expansion of private prisons and sees how all these upheavals coming from the administration are leading to “a tug of war for the soul of America.” Pointing to the concept of “hope and healing” being replaced by “hurt and hate.”
The 76-year-old Jackson, who started working with Dr. King Jr. in 1965, was said to have been in the parking lot of the Lorraine Hotel when the iconic civil rights leader was assassinated on April 4, 1968.
Before the assassination, Jackson served as head of the Chicago branch of the Southern Christian Leadership Conference’s (SCLC) economic arm, Operation Breadbasket, and became national director in 1967.
He spoke to Heron about the relevance of Dr. King’s lifetime of activism and its impact on lives of this generation.
He says Dr. King’s work fundamentally changed the “humiliation favor” that governed the lives of Black and brown people at the time, pointing out that “slavery was legal, segregation was legal.”
“We couldn’t use the same public water fountains, use the toilet, sit in a restaurant or rent a hotel room. We live amidst public indignity.”
He talked about Dr. King’s work contributing “to breaking the backbone of humiliation” and leading to several solid political gains, such as accessing the “right to vote and the power to sit on juries,” all of which contributed to Blacks and other minorities gaining a foothold in the American dream.
In the period following Dr. King’s assassination, Jackson, who was born in North Carolina, broke with the SCLC
He got involved with Operation PUSH (People United to Serve Humanity) in 1971 and eventually tried to position the organization to work towards improving economic opportunities for Blacks and poor people of all races. His focus was on developing Black businesses.
In 1980 he got involved in politics, and in 1984 followed Shirley Chisholm as the second Black person to mount a national campaign for president of the United States of America.
As a public servant Jackson was invaluable to the U.S. in the international arena, especially as a mediator with hostile governments:
In 1983, he secured the release of a captured American pilot, Navy Lt. Robert Goodman, who was being held by the Syrian government. In June 1984, he negotiated with Cuban president Fidel Castro for the release of 22 Americans being held in Cuba.
In 1991 Jackson negotiated with Saddam Hussein for the release of foreign nationals including 20 Americans and dozens of British citizens.
In April 1999, during the Kosovo War, Jackson also travelled to Belgrade and negotiated the release of three U.S. prisoners of war.
Last November, Jackson was diagnosed with Parkinson’s disease. But true to form, the old civil rights fighter continues to make appearances to speak on the issues that continue to negatively impact millions of Americans.